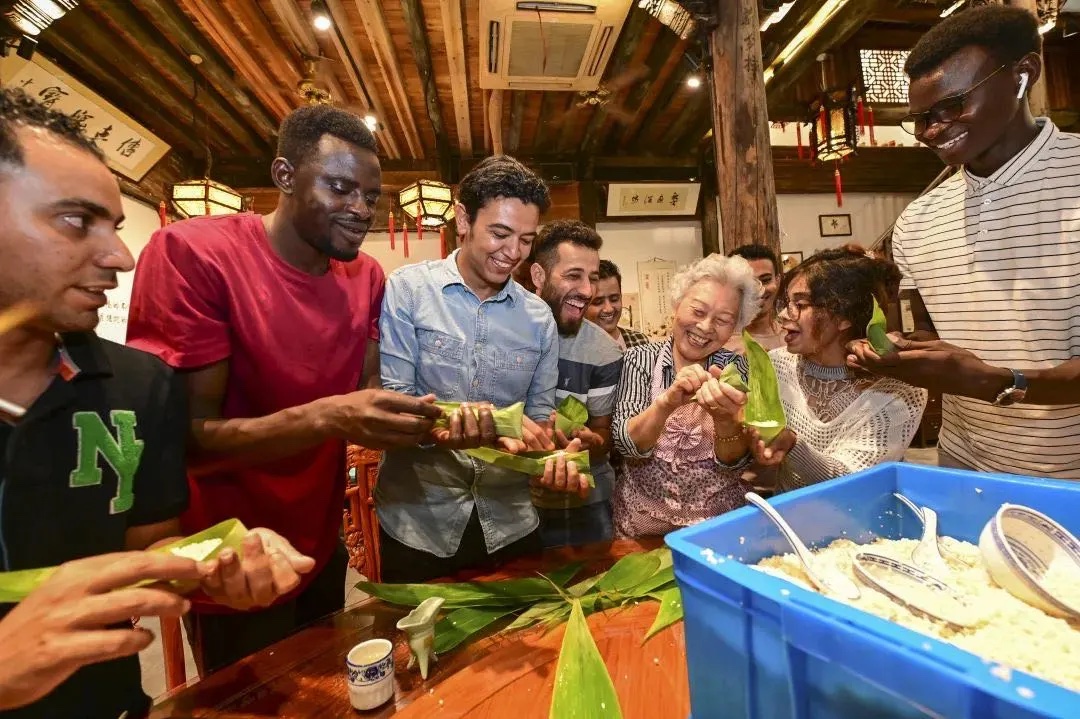 In the runup to the traditional Dragon Boat Festival which fell on June 14 this year, a group of 40 expats from 10 countries, including Russia, Ukraine and Tajikistan, had a ball at a Chinese cultural experience event especially arranged for them by Jinhua, Zhejiang province.

Some of the expats have been living in the city for over a decade, while others are newcomers, but for everyone it was the first time that got the chance to make zongzi, pyramid-shaped glutinous rice dumplings wrapped in reed leaves, that is a snack favorite of the Dragon Boat Festival.

Yiwu, a county-level city in Jinhua, becomes synonymous with China

Making zongzi was a special experience for a 25-year-old Palestinian, whose Chinese name is Ming Long and who has now been living and studying in Zhejiang for a year and a half. He's tried all kinds of special Chinese cuisine, including hot pot and dumplings among them, but he just loves zongzi.

The advanced Chinese language student at Zhejiang Normal University (ZJNU) said that in Palestine, people may not know of Hangzhou, or even Shanghai and Beijing, but thanks to the rave reports he and his friends have been sending to the folks back home, many people in Palestine now know of Yiwu, which has become a synonym for China.

“People don’t feel like being in a foreign country in Yiwu, because it's very international and there are so many foreigners,” he said.

“It’s like the United Nations here. When you come to Jinhua, you can feel friendliness and harmony. Jinhua locals treat us like their family and friends, taking us to heart.” 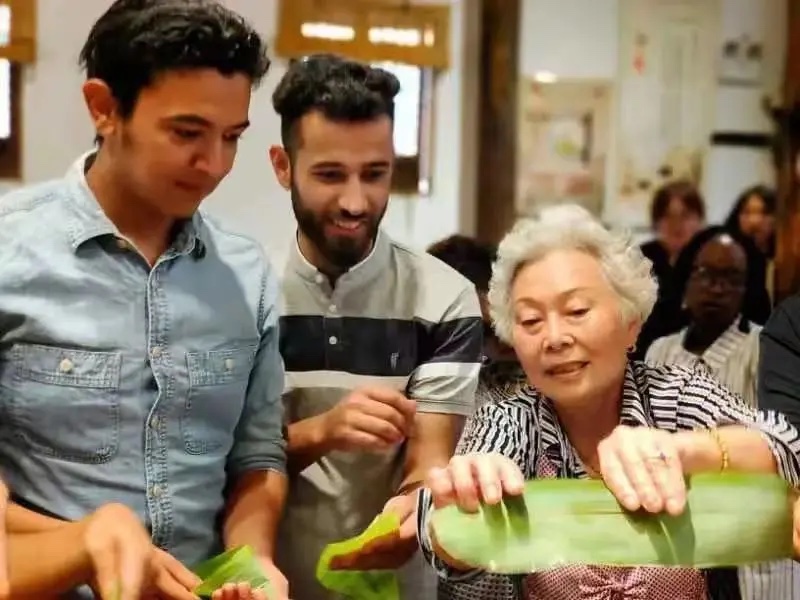 An expat from Yemen now living in Jinhua, whose Chinese name is Jiang Xin, once described China as three things: Chinese kung fu, Jackie Chan, and Bruce Lee. Now, after having lived there for a spell, he has discovered that there are many cultures worth exploring in this ancient land.

Jiang also learnt two words from the activity, namely, Qu Yuan (340-278BC) – a Chinese poet to whom the Dragon Boat Festival is dedicated and zongzi. In addition, listening to a Daoqing Opera singer Yang Julan left a great impression on Jiang.

Daoqing Opera is a traditional rural folk opera popularized in Zhejiang, mainly performed in the form of a single tune or joint tunes with simple moves.

A young Bangladeshi girl, whose Chinese name is Yuan Yilan, entered ZJNU to study in 2016. She eventually gained a bachelor’s degree in software engineering and went on to further her studies in the city. Over the past five years, Yuan has been working hard to become a “local” since she aims to further her education there and to buy a house and settle down in Jinhua. 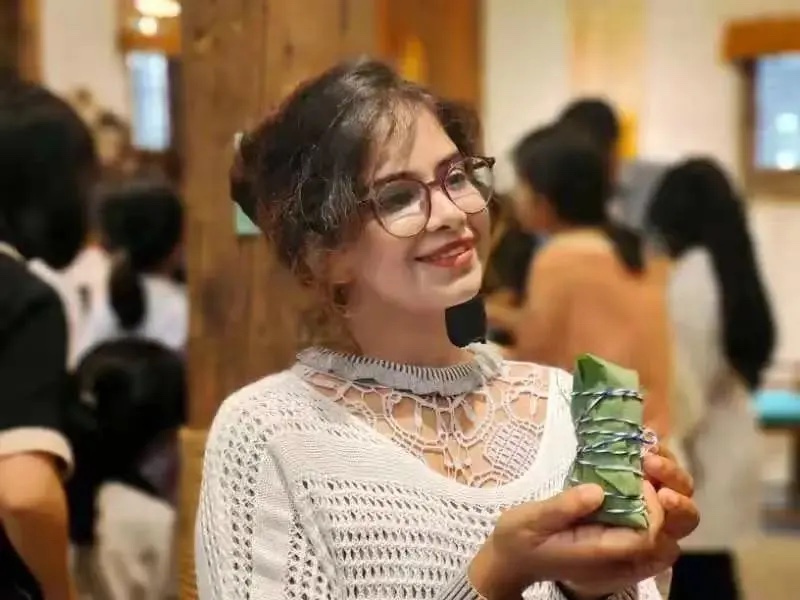 “I have gradually adapted to the life in Jinhua and I like here,” Yuan said. The phrase “second hometown” is not enough to express her feelings for Jinhua. She wants to stay in Jinhua for the rest of her life.

“How can I better integrate with the local community? Only by understanding the culture of Jinhua can one truly become a Jinhua local,” she added.

Sun Lin, head of the Chinese Language Department at the School of International Culture and Education at ZJNU, joined the fun with the overseas students during the recent Jinhua cultural experience activity. She said it was a positive event that would help the expats understand China and help them integrate into China. Sun said Chinese culture in books and movies was far less compelling and memorable than a direct experience that touched them personally.

“Every expat who comes to China is a storyteller of China’s story and a disseminator of the real China. What they see, hear, think, feel and experience of China is the best way for the world to know China,” said a senior official at the Foreign Affairs Office of Jinhua Municipal People’s Government. 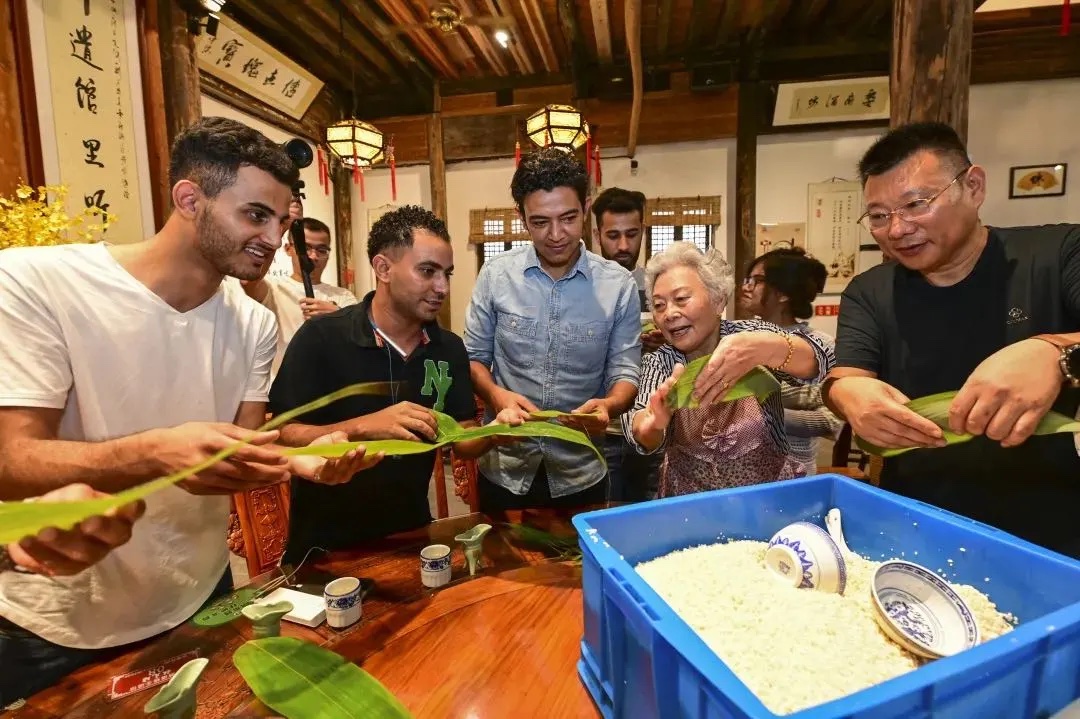