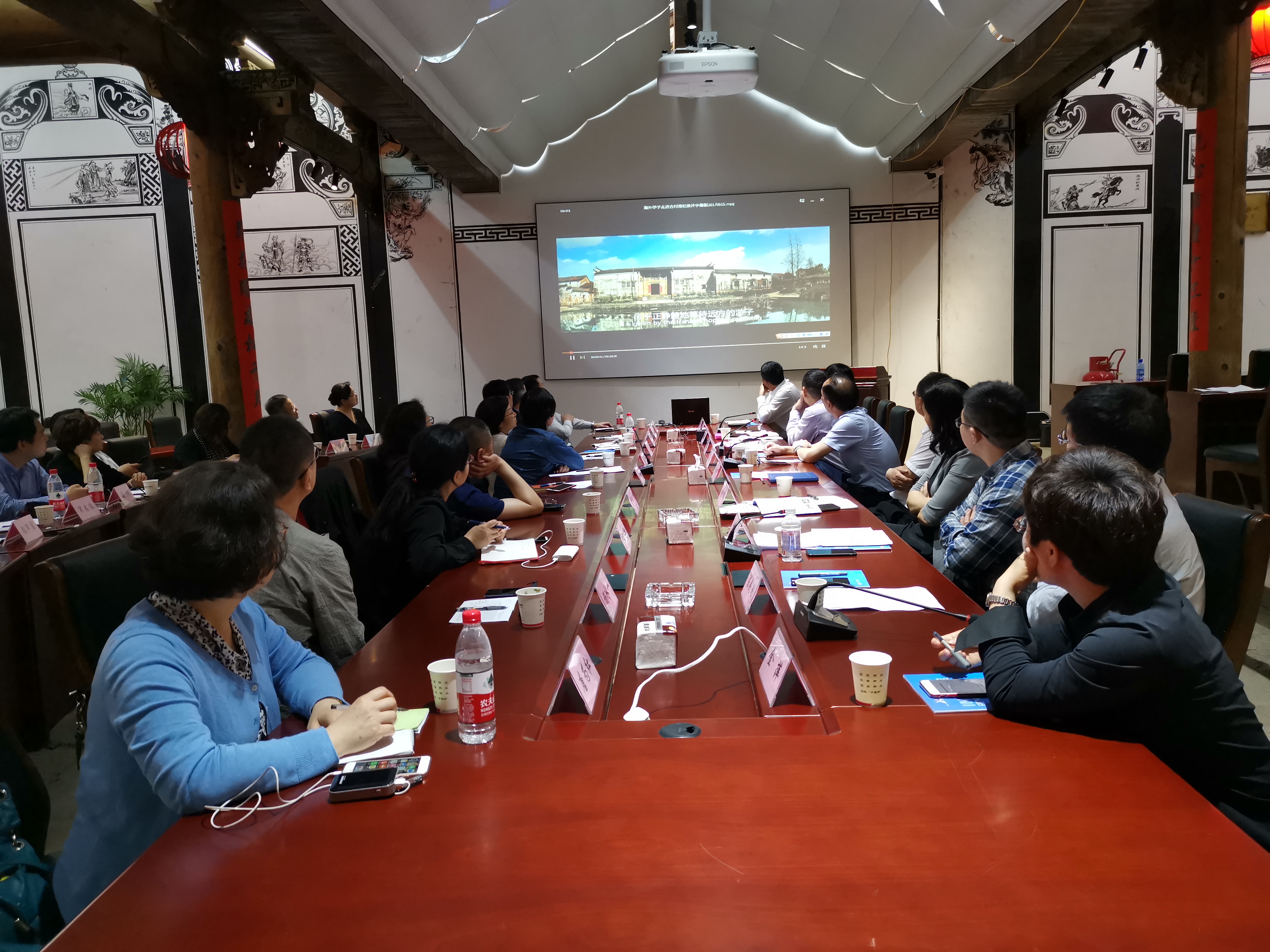 From Suoyuan Village, Jindong District to Songxi, Pujiang, for four years in a row, JH has been building a people-to-people diplomacy dream. Qian Wei, former counselor of the Chinese Consulate in France, praised Songxi being “the ambassador of Chinese culture, pitchman of Chinese image, and the best civil diplomat,” as well as its picturesque rural scenery, sincere and emotional Homes Plus, and meticulous work arrangements. This visit to Jinhua became an unforgettable memory of the whole delegation of the Shanghai Friendship Association.

The visit of the Shanghai Friends Association was a journey of “long-term appointment and expectations.” Jing Ying, deputy inspector of Shanghai Foreign Affairs Office, said that in December 2018, the Shanghai Friendship Association held a symposium on “Excellent Civil Diplomacy in Global Urban Construction: Opportunities, Challenges, and Cooperative Development.” JH project stunned the whole forum. At that time, they grew especially interested in Jinhua’s ancient villages that serve as the main focus of the project, and they wanted to learn more about the successful experience of people’s diplomacy of the project. While preparing for this visit, the delegation printed out a thick copy of “Jinhua Homestay: Jinhua Experience” in order to get more information about the project, but when they finally arrived in Jinhua, they agreed with an Asian proverb that “Better to see something once than to hear about it a thousand times.” 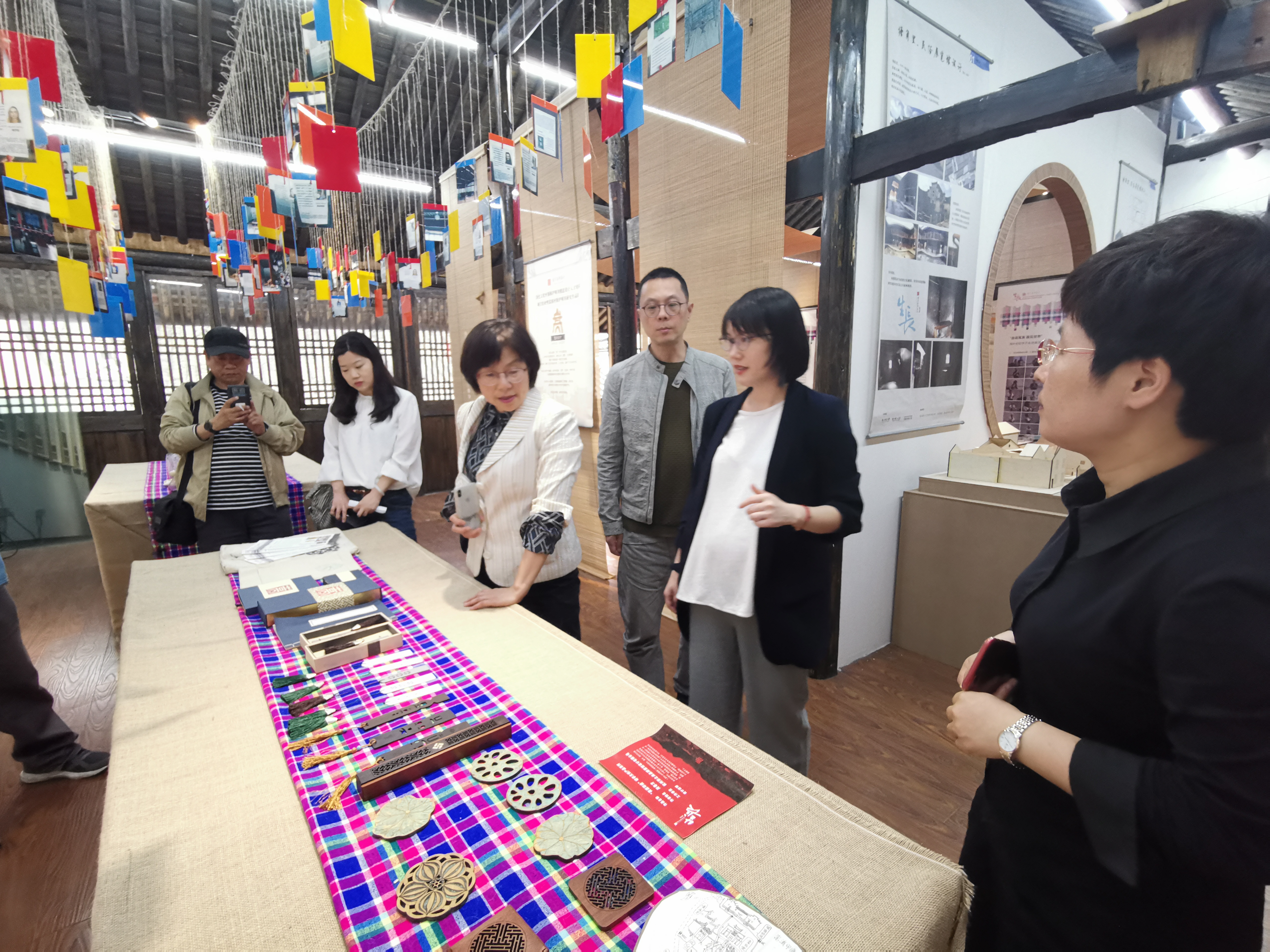 Xu Shufang, executive director of the JH project and director of the Municipal Certification Center (Municipal Foreign Affairs Translation Center), was the narrator of JH experience. Jing Ying was deeply impressed by this story and commented, “In the past, we have heard about JH from various civil diplomatic exchanges across the country. And everyone agreed, holding a learning attitude, we should arrange an official forum and invite the project’s executives to share this experience.”

Jing Ying recalled that there were many cases and projects at the symposium in the past, but experts and scholars in the field of non-governmental diplomacy had the deepest impression and highest evaluation of Jinhua Homestay. Jing Ying said that after hearing such an emotional narration of JH story, the experts and scholars of the delegation all felt extremely excited about it.

The decision was made. Shanghai Friendship Association made an appointment to visit Songxi, take a look at the site of JH session of 2018, have a home-cooked meal at Home Plus, hear about overseas students’ impressions on the 1000-year-old historical village first-hand from the villagers. Home Plus owners were glad to reminisce about all the emotional moments from the project. Productive day-and-a-half journey left every member of the delegation with great feelings and lots of new information.

Song Chunlin, a member of the delegation, was deeply impressed by the project introduction. He felt that the JH were particularly attractive, not only to foreigners interested in Chinese culture, but also to him, because it brought back his own childhood memories. This sincere emotional connectivity was the most touching part of the project. He commented: “Seeing the ancient village of Jinhua, made me think of Baoshan in Shanghai where I grew up. Unfortunately, it is difficult to find any place of former city memory in Shanghai nowadays. It is gratifying that Jinhua still retains such an authentic ecological village full of traditional cultural memories. Whether at home or abroad, JH is a project full of love and worth spreading.”

Because of the JH, Songxi’s tourism has emerged from scratch. Now it’s an international research village. Songxi’s tourism has been going on for many years, but JH brought it to a higher level. Within the past year, the number of tourists has reached five times that of the same period. The total tourism income is close to 10 million RMB, and the availability of residential accommodation in the village is in short supply.

The delegation was also very curious and interested about how JH combines with tourism and rural revitalization. They highly praised project introductions by the leaders of Suoyuan Village, Jindong District, and Songxi Village, Pujiang County, which answered all their questions.

Yang Bingyi, deputy director of the office of the Shanghai Friendship Association, said that JH has brought tremendous changes to Jinhua historical villages, just like the impact of the World Expo on Shanghai. Such activities bring visible changes to the countryside from the aspects of infrastructure, rural environment, and rural revitalization. He visited Jinhua in 1995, and his deepest impression at that time was the entrepreneurial spirit of Jinhua people, who could not live without constantly thinking about two words “investment opportunities.” Today, Jinhua people are talking about cultural heritage, international communication, and the most authentic China’s stories, which shows that Jinhua’s foreign affairs and cultural work has risen to a high level. JH project brings foreigners into Chinese homeland of humanistic nostalgia, which is the most authentic way to tell a good story of China.

He believes that JH is a successful brand marketing, with clever entry points, and accurate grasp. In other words, the project has set up a brand to experience the most beautiful China in Jinhua’s countryside.

Since 2015, Jinhua City has held seven sessions of Jinhua Homestay Project. A total of 297 overseas students from 45 countries have traveled to Jinhua historical villages to experience traditional culture and Chinese stories. During the past four years, the project has attracted extensive and lasting attention from 59 authoritative media sources and international websites, that are well-known at home and abroad. JH has been widely praised by the community. Many believe that it has opened up a new channel of “mass entrepreneurship and innovation,” a new way to promote the development of international friendship city, a new model of people’s diplomacy, and a new vision of international sustainable development of ancient villages. The project promotes the construction of beautiful countryside and the development of rural tourism. Since the beginning of the project, Jinhua’s entry number on Wikipedia has increased from 730 to 1398; in Google search for “Ancient Chinese Villages,” Jinhua’s information ranks third, greatly enhancing Jinhua’s international influence. Li Zhaoxing, former Minister of Foreign Affairs of China and China Public Diplomacy Association and Honorary Adviser to the JH project, visited Jinhua on a special trip and praised: “Jinhua is an example of people’s diplomacy.” (By Wang Lei, Jinhua Daily)