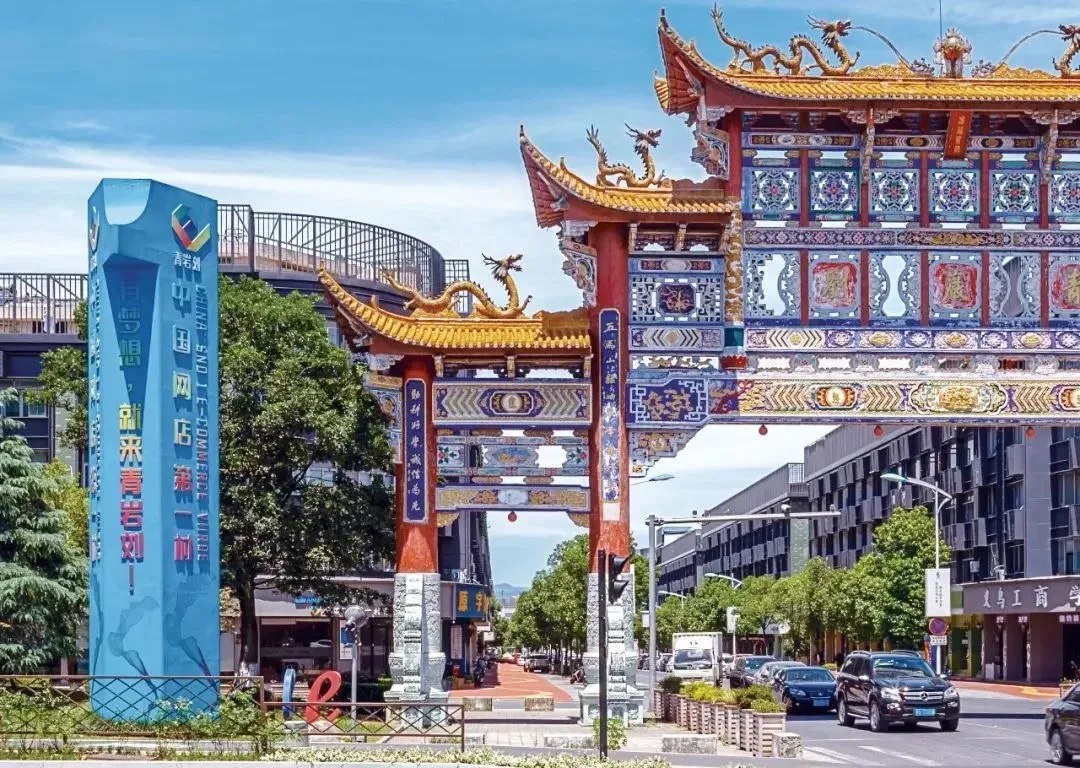 Qingyanliu Village was praised by Premier Li Keqiang as “the No.1 Village of Online Shopping.”

This is the volume of express delivery business in Jinhua in a day. Last year, Jinhua sent 9.01 billion express parcels, ranking first in China. Express parcels are not only the embodiment of the Belt and Road Initiative golden hub, but also carry the dream of countless people gathering in Jinhua to create a better life.

From January to April this year, Jinhua achieved online retail sales of 93.24 billion yuan, ranking second in the province. In Yiwu alone, there are 303,000 E-Commerce companies. 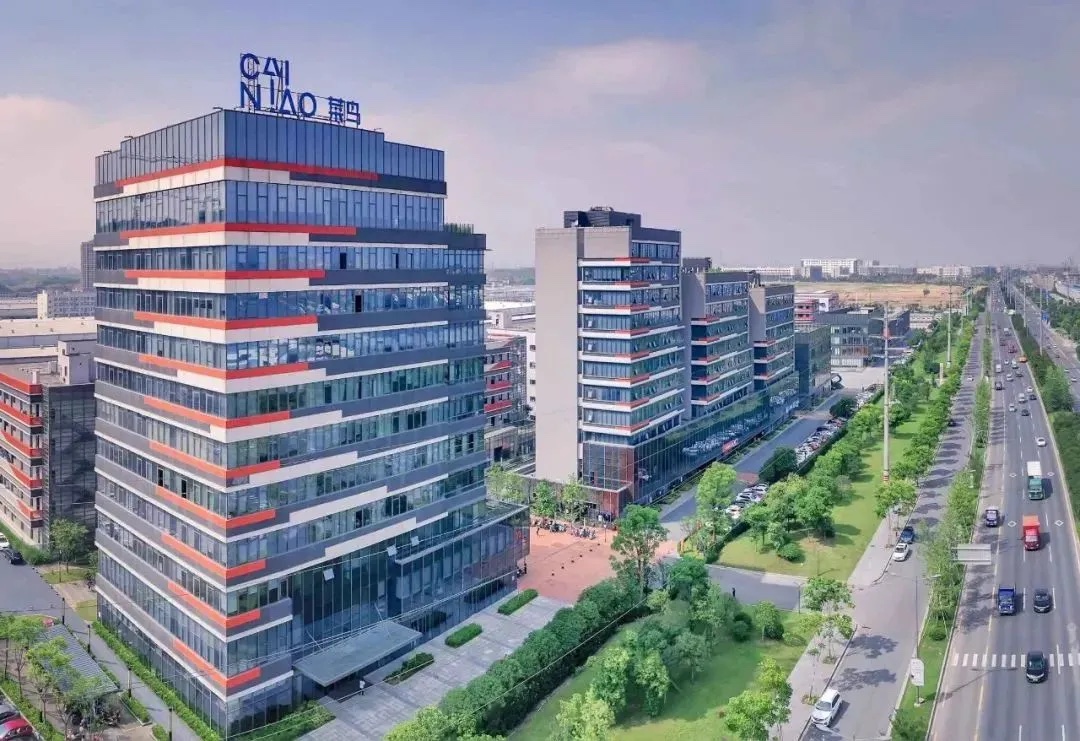 From January to April this year, the transaction volume of live streaming e-commerce in Jinhua was 7.32 billion yuan, which also ranked the second in the province. In April, 43,649 anchors started broadcasting in Jinhua. 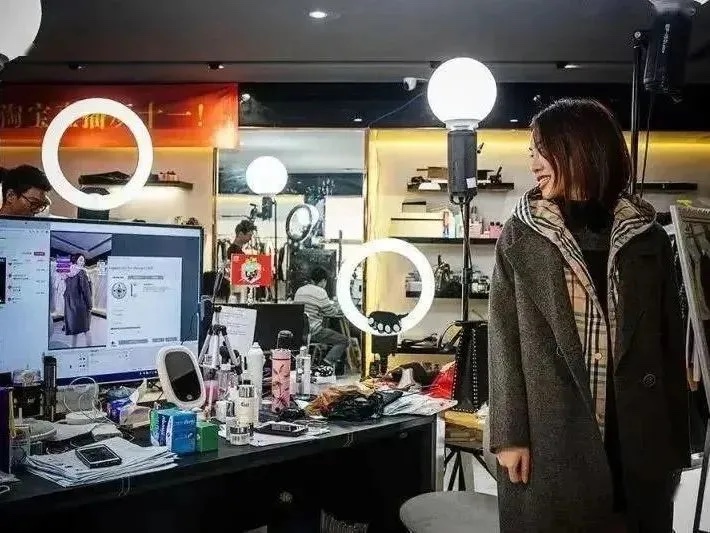 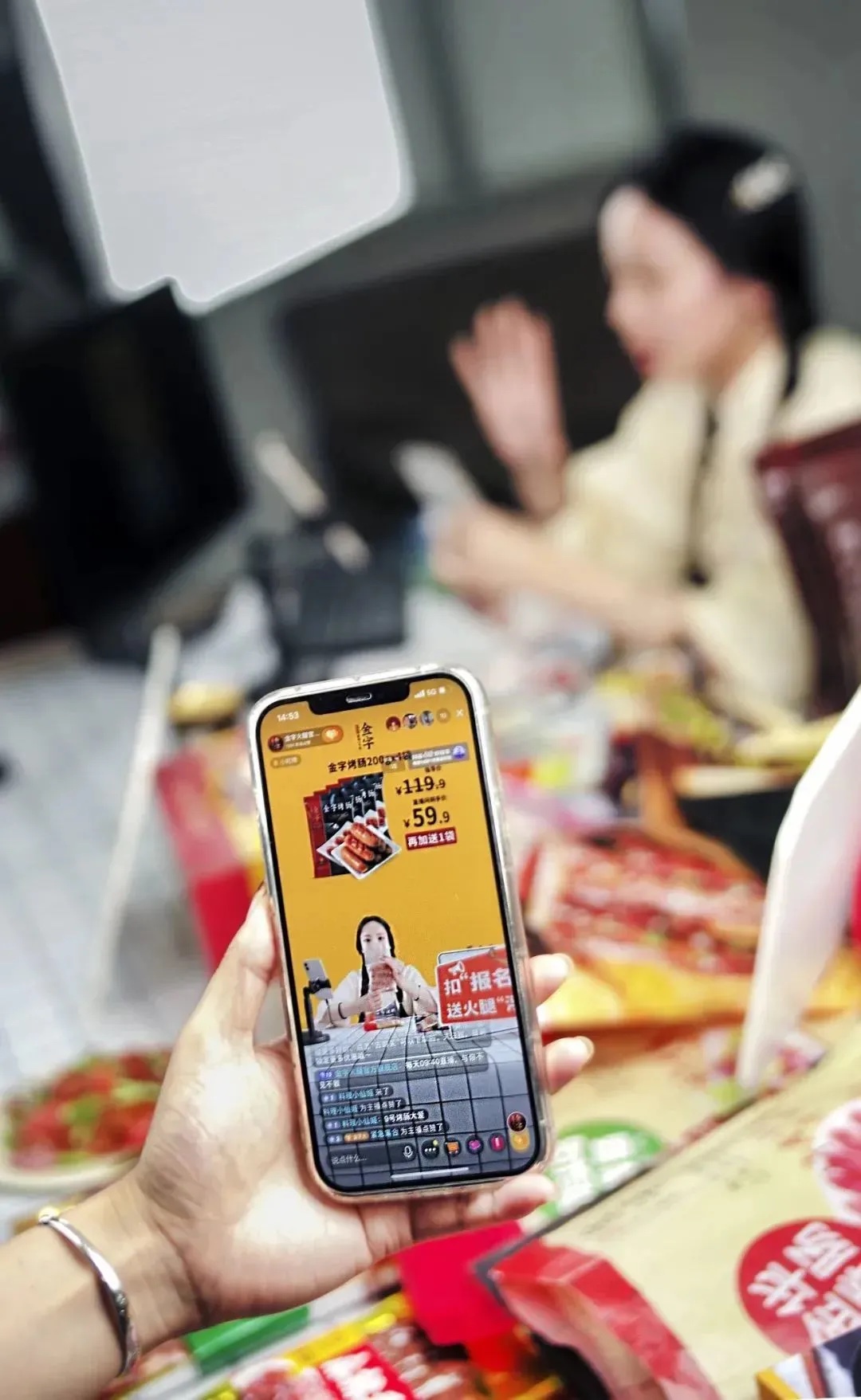 In 2020, Jinhua’s cross-border online retail export amount reached 47.43 billion yuan, accounting for 46.4% of the province. The leading player of cross-border e-commerce is Jinhua. 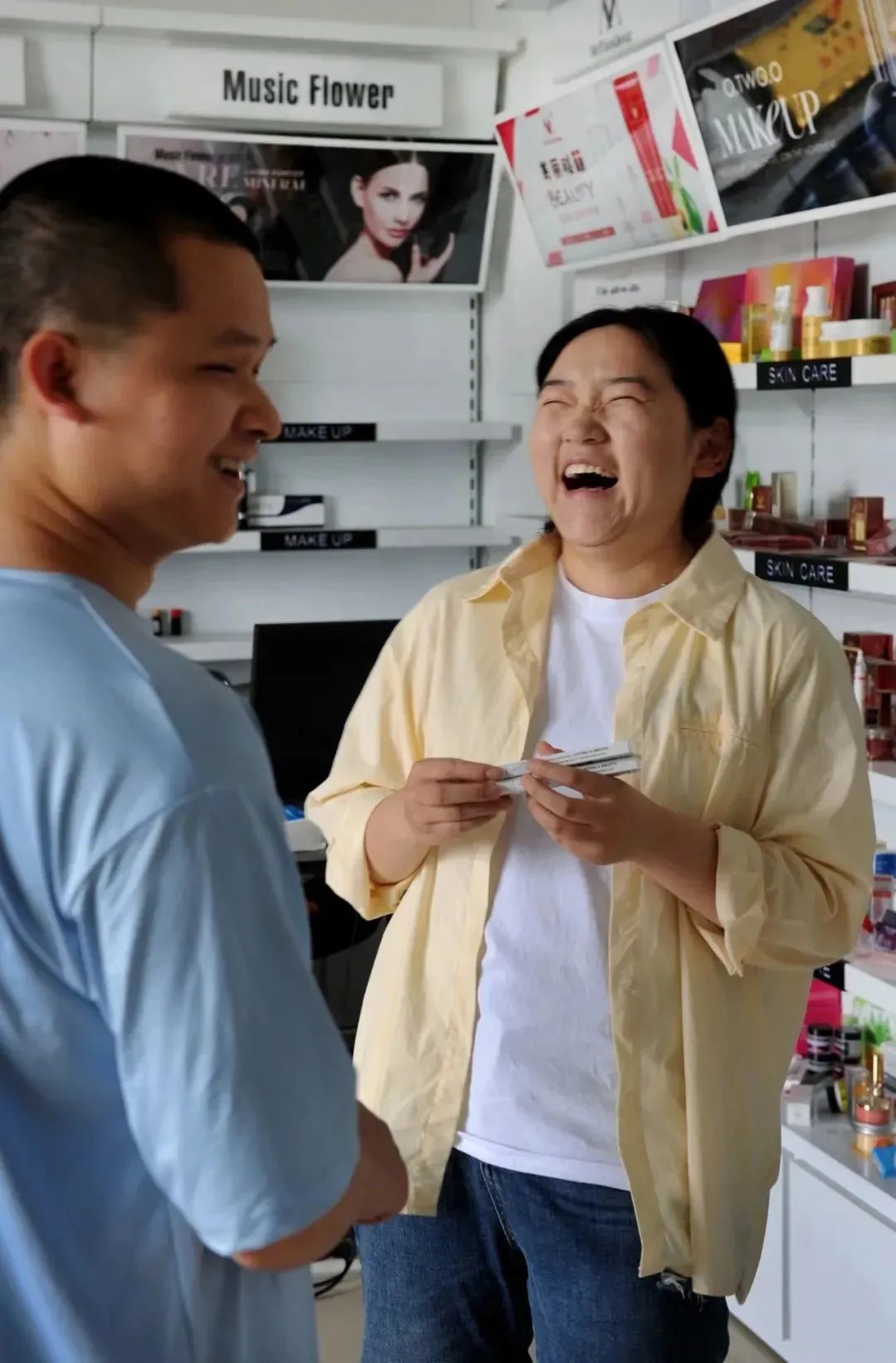 Zhu Xiaoting, a salesperson of Yiwu Yuantiao Cosmetics Co., Ltd., is receiving a buyer from Guangzhou. The eyeliner in her hand achieved a sales volume of 400,000 pieces a month on Amazon platform. (Picture by Qian Qiren) 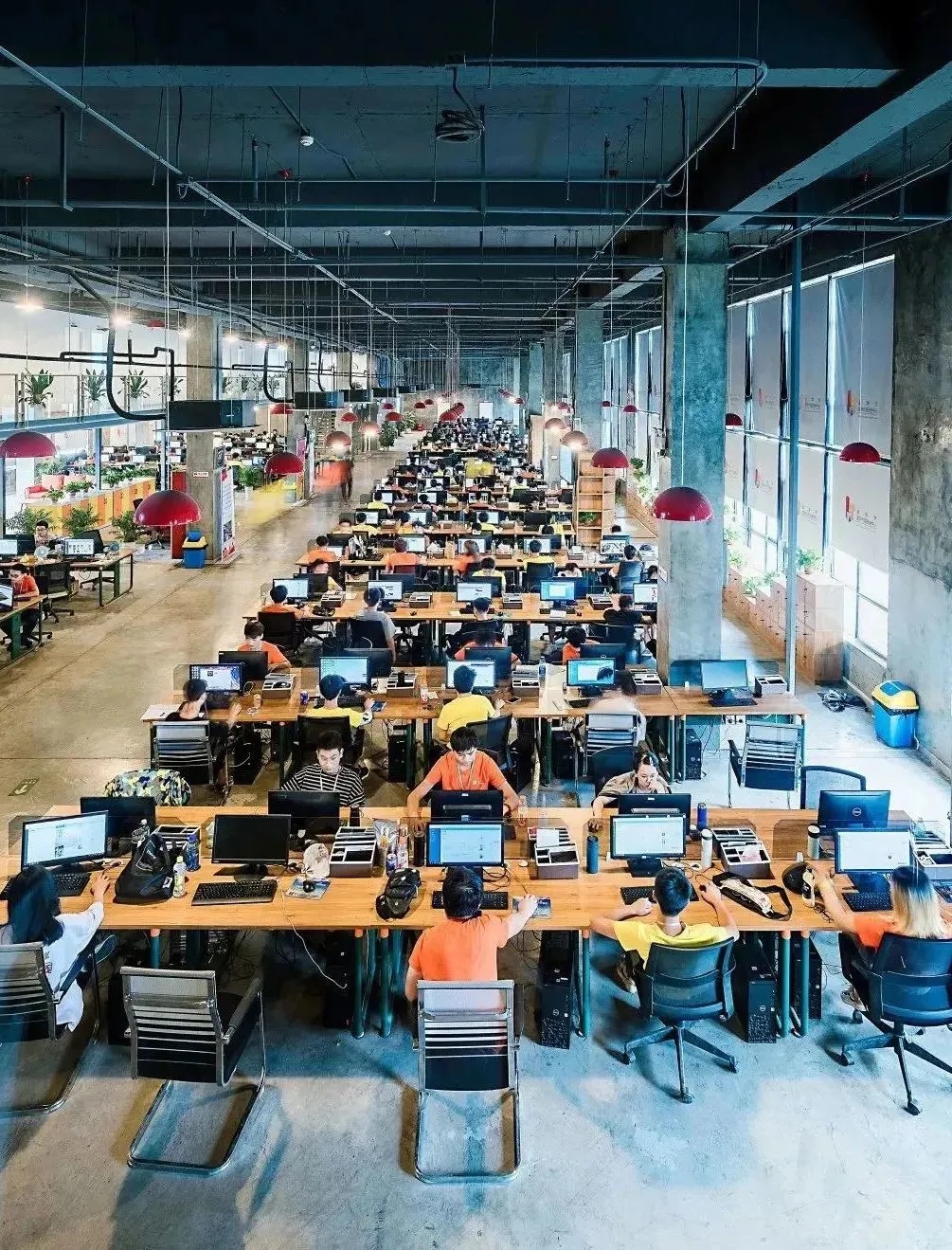 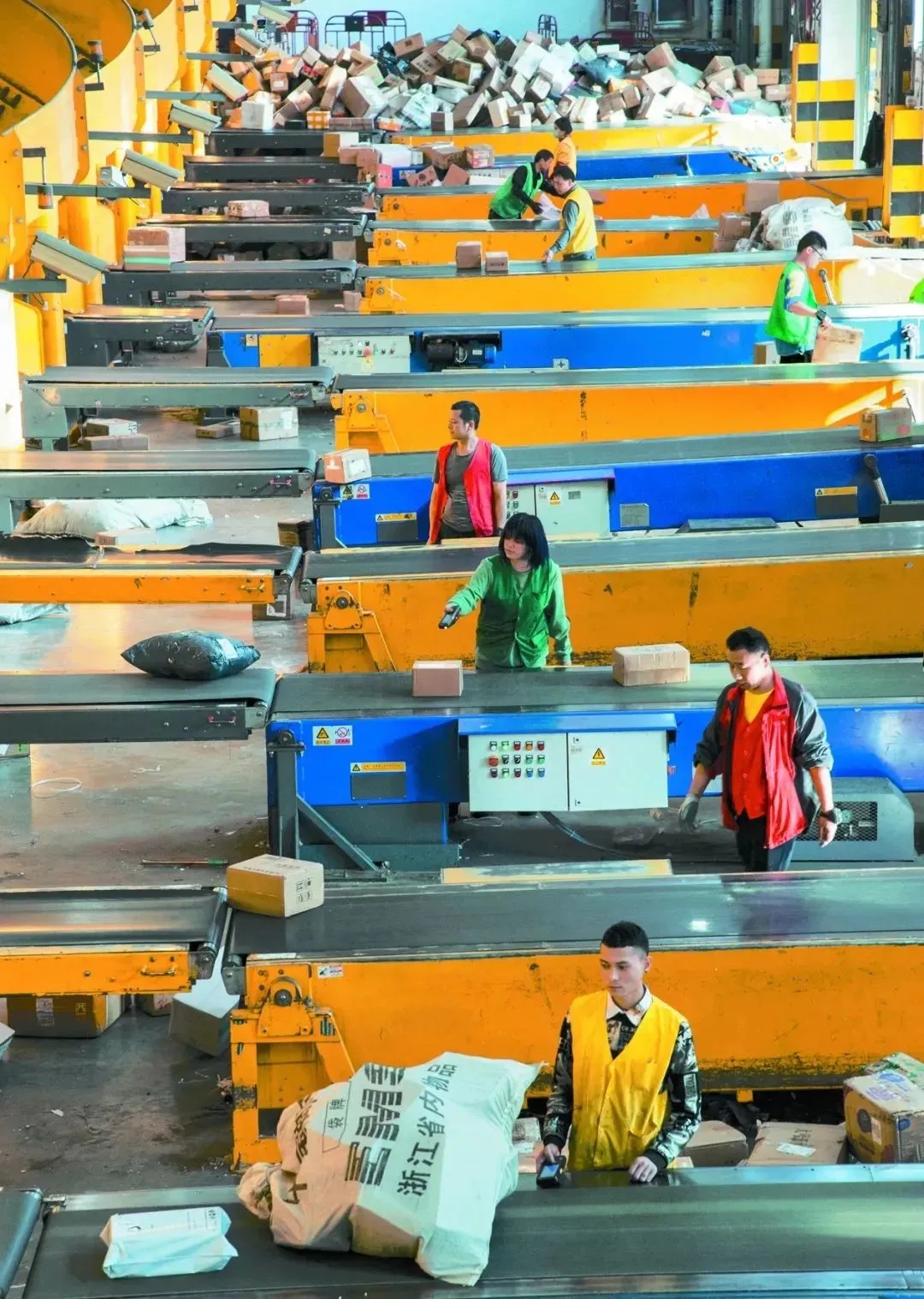 In Jinhua, there are nearly 10,000 logistics enterprises with more than 100,000 employees. More than 30,000 large trucks transport goods back and forth every day. 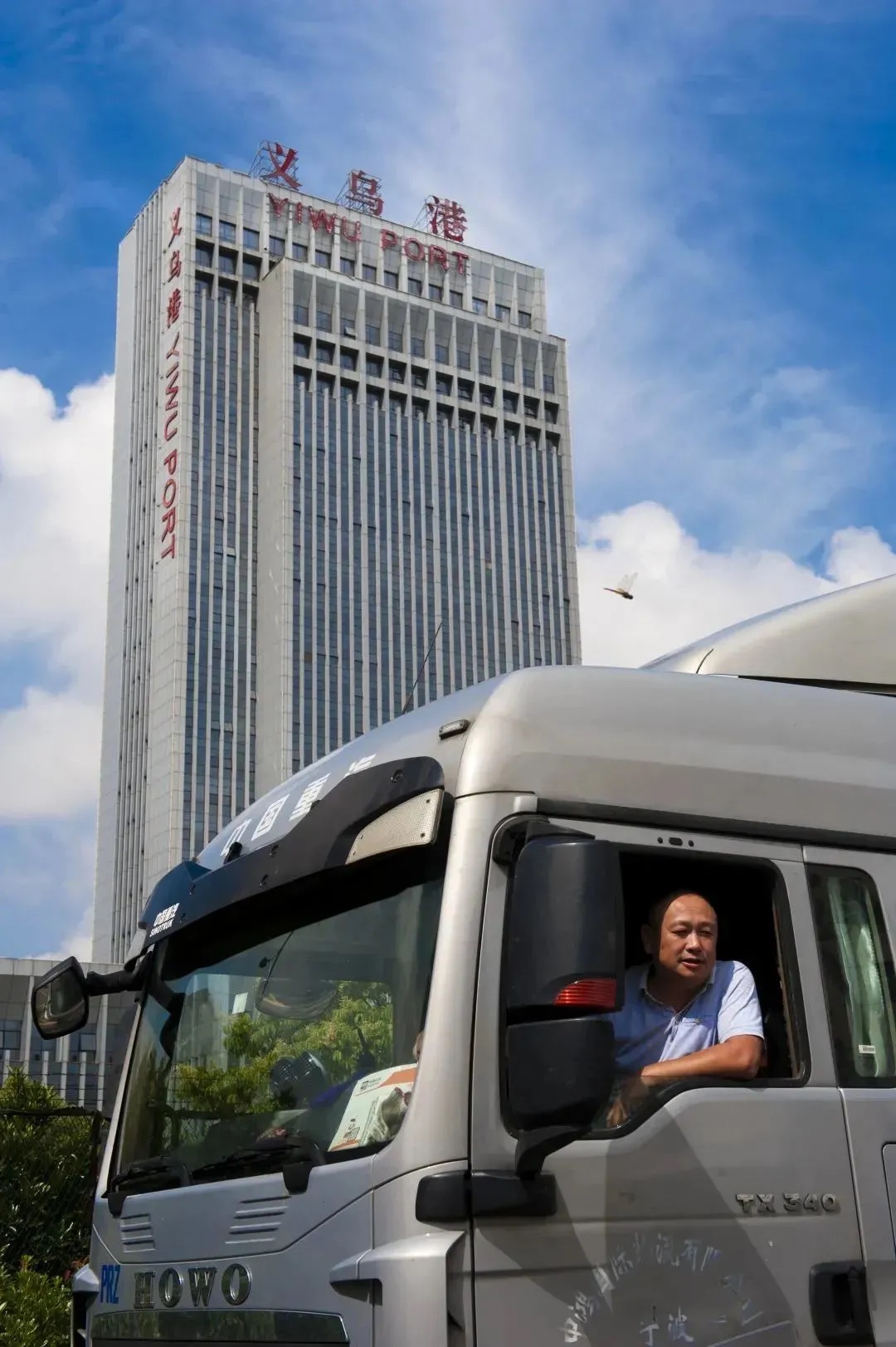 There are more and more cars on the Yiwu-Ningbo-Zhoushan Passageway. In July last year, Fu Binwen, a native of Hunan Province, started to travel on the route from Yiwu to Ningbo. He makes at least 20 round trips a month, sometimes once a day. (Picture by Qian Qiren) 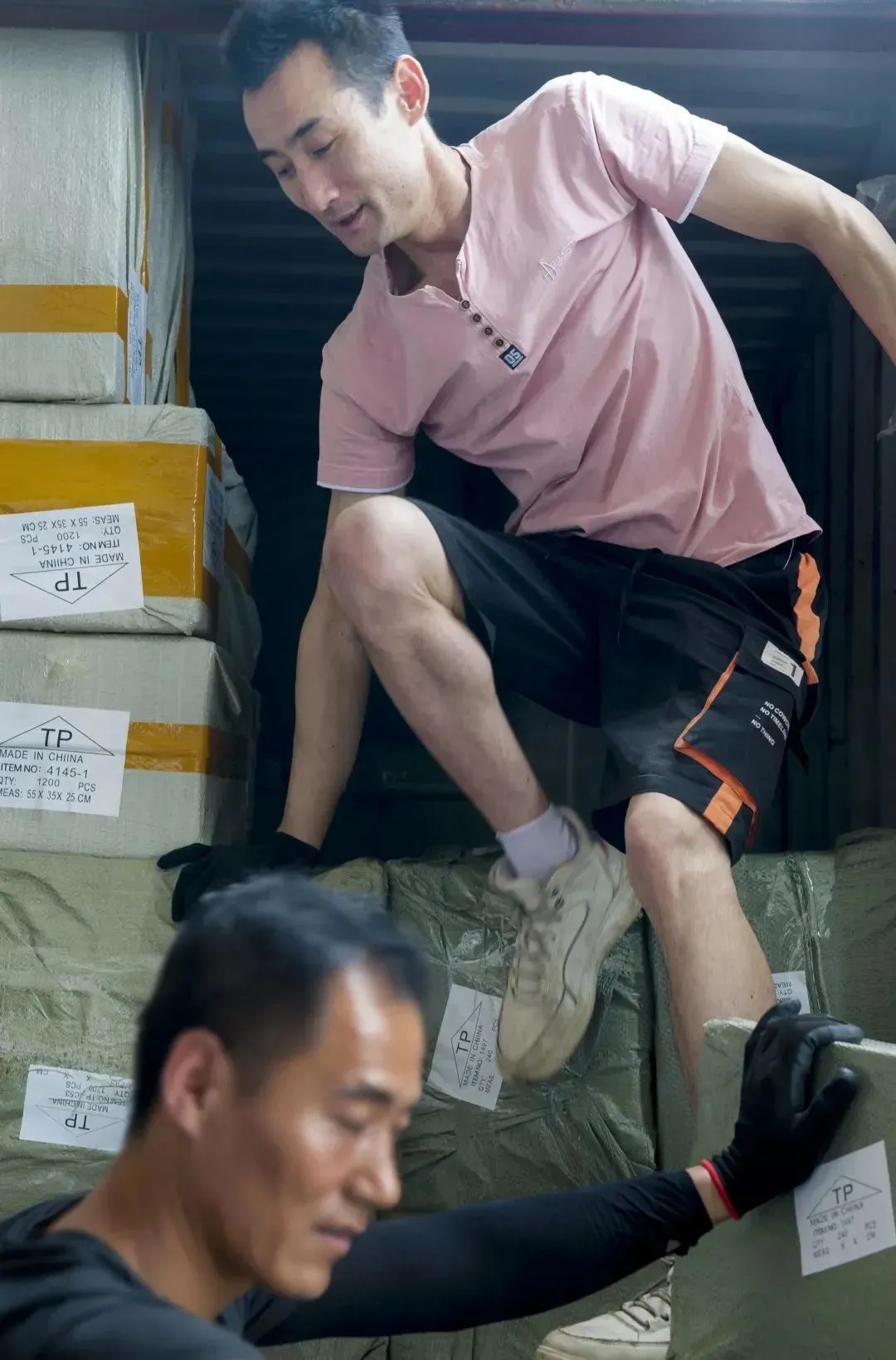 “Third Brother” Jin Guohua is the most famous goods loading master in the warehouse area of Yiwu Port. For a high cube container with a volume of 68 cubic meters, he can put another 5 cubic meters of goods into it, saving customers a lot of money at a time when shipping prices are soaring. This embodies that Jinhua has a professional foreign trade industry chain. (Picture by Qian Qiren)

“The boat anchored on the bank of Jinhua. The red pines were so near to me as if it could be touched.

I met Mr. Shen at Bayong Building. High mountains were seen in the west of the city.”

Li Qingzhao said in a poem:

“Ascend the Bayong Building and gaze into the distance. Let go of the sorrow over the country and leave it to future generations.

Its rivers extend 3,000 miles to the south and its position is vital to 14 prefectures in the south of the Yangtze River.”

Jinhua has a long history and profound cultural background. 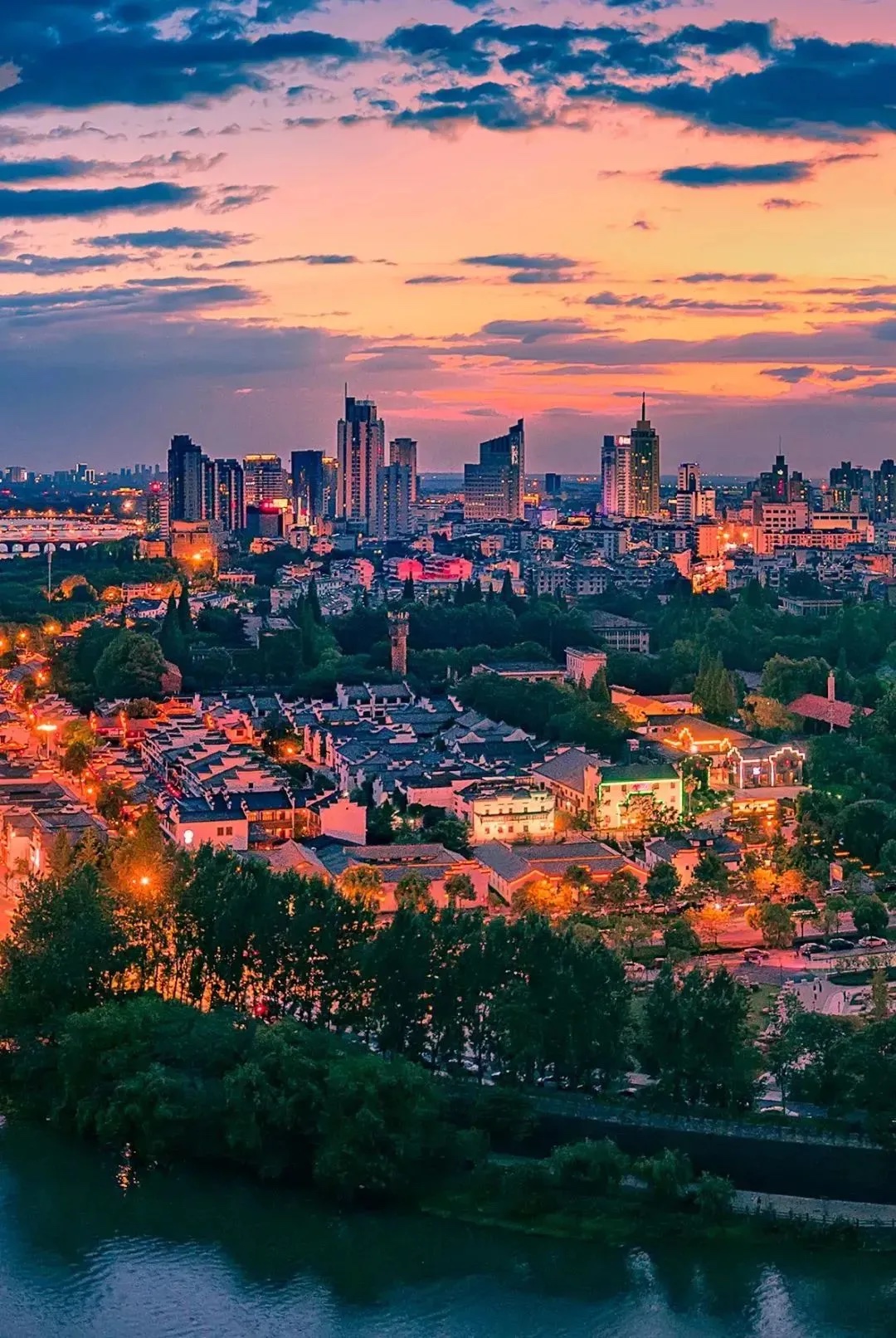 Today, this open and inclusive city is welcoming the visitors all over the world. While business exchanges are becoming more frequent, Jinhua has become a golden hub for cultural exchanges of the Belt and Road Initiative.

Hengdian has become the world’s largest film and television production base. 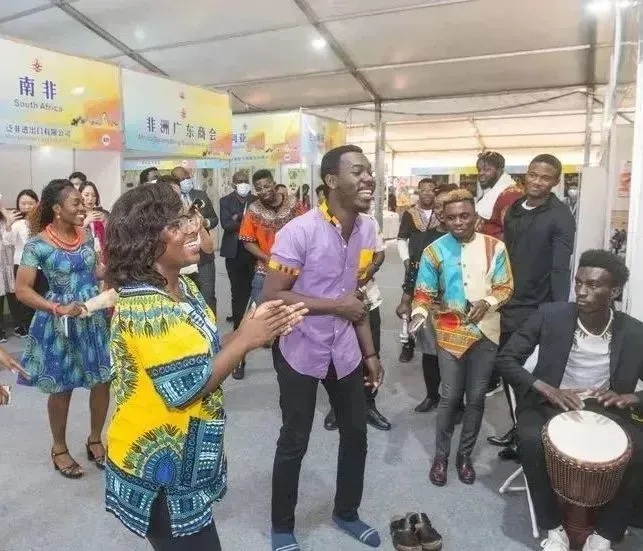 The Zhejiang (Jinhua) China-Africa Cultural Cooperation and Exchange Week, which has been held for three sessions, has become a series of major cultural exchange activities of the Belt and Road Initiative.

During the 2020 Zhejiang (Jinhua) China-Africa Cultural Cooperation and Exchange Week, African friends were singing and dancing in the African Pavilion of the Silk Road Brand Jinhua Tour. (Picture by Shi Kuanbing)

The Jinhua Homestay Project, which has been held for nine seasons, has become a platform to promote exchanges and cooperation among international youth. 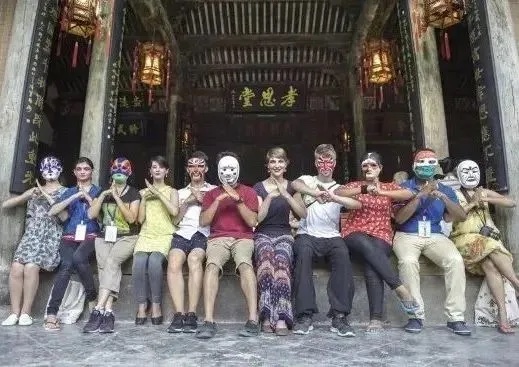 Since 2009, Zhejiang Wu Opera Art Research Institute has gone overseas to participate in the “Happy Spring Festival” performance. They traveled to five continents, allowing people all over the world to appreciate the charm of Wu Opera. 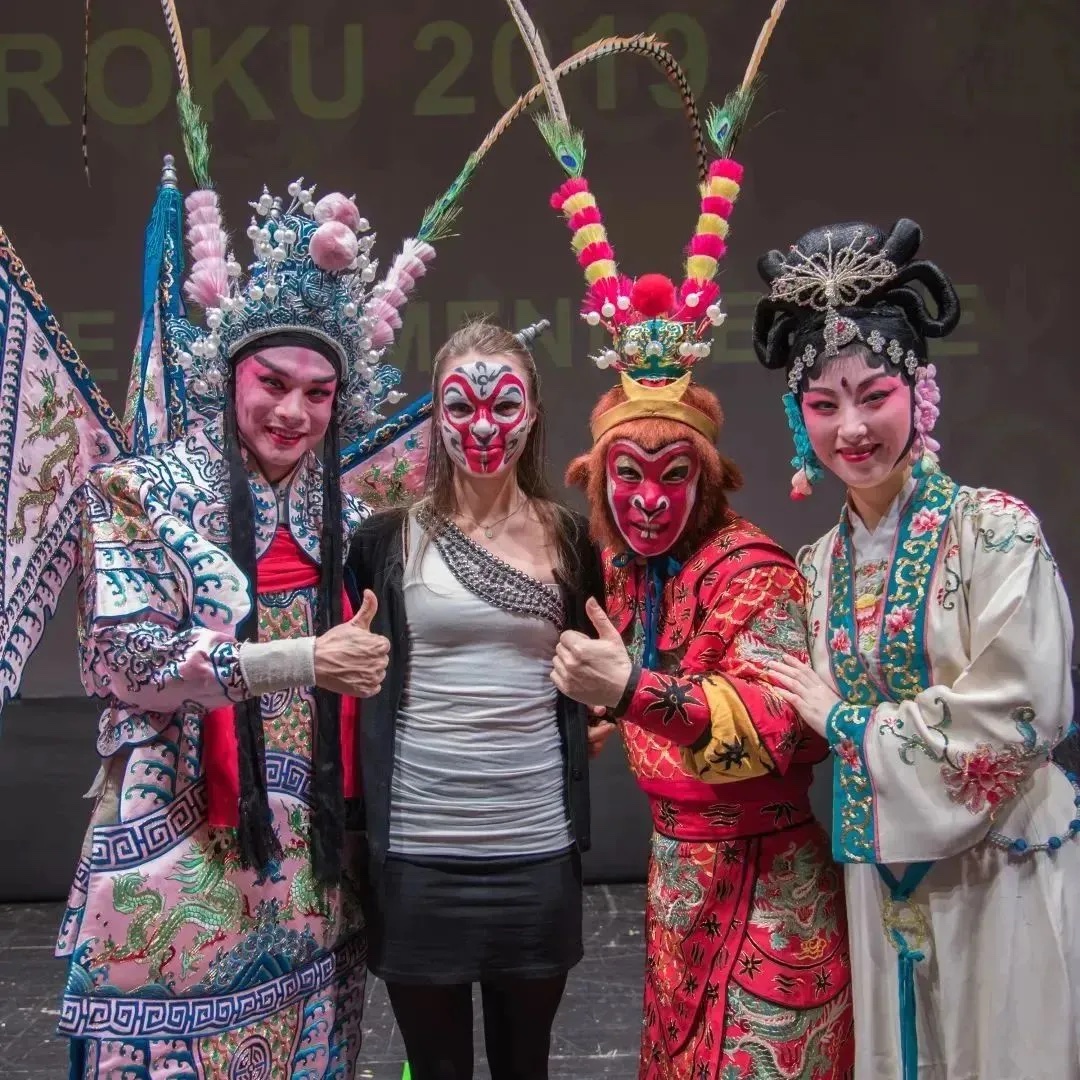 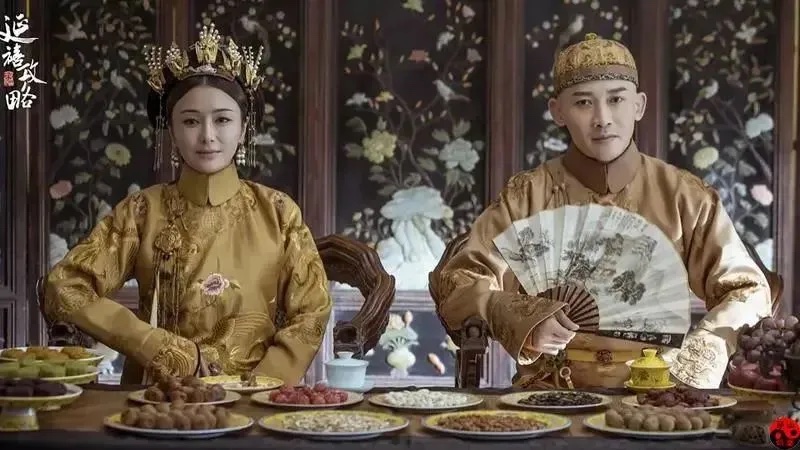 Story of Yanxi Palace, produced by enterprises settled in Hengdian Film and Television Industry Experimental Zone, has been distributed in 90 foreign countries and regions, covering over 1 billion people.

Jinhua has not only a bright culture, but also an open mind. What’s more, it has vitality and self-confidence brought about by the cultural exchange of the Belt and Road Initiative. How can people not love Jinhua? 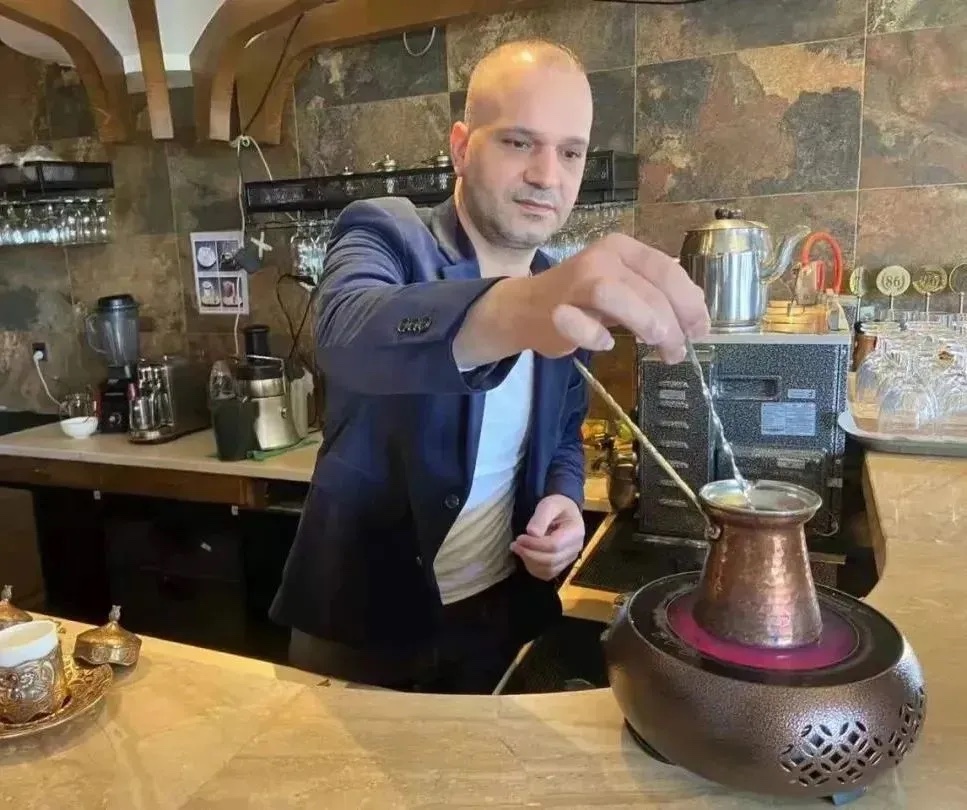 From Flower Restaurant to Bedi Restaurant, Jordanian Muhannad brought the original Arab food culture to Yiwu. Owing to the prosperity of Yiwu, he gained career success, gained love and rooted in China. On June 5, 2014, President Xi Jinping delivered a speech at the opening ceremony of the Sixth Ministerial Conference of the China-Arab Cooperation Forum, specifically mentioning Muhannad’s hardworking story. 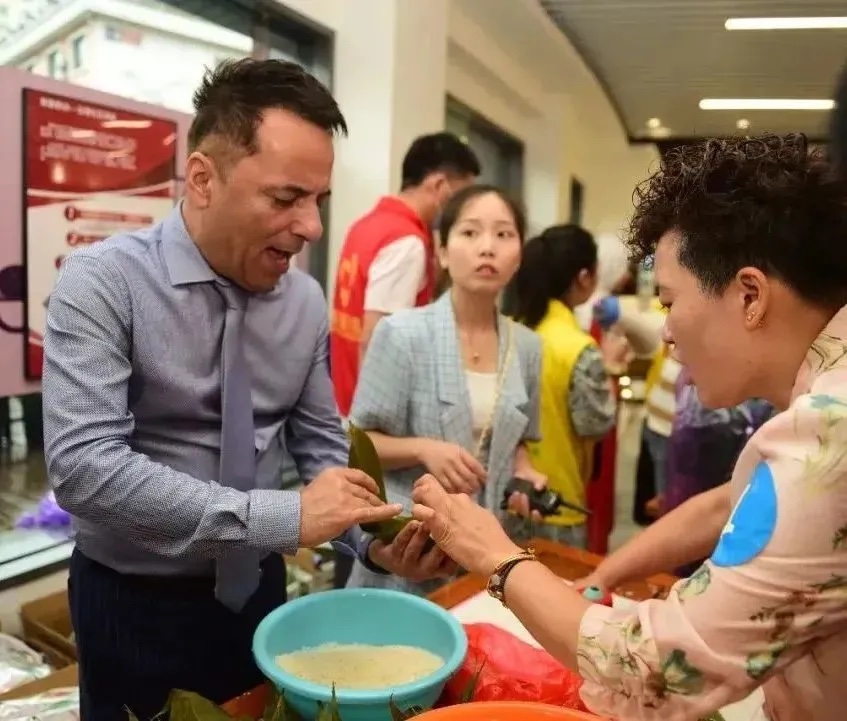 In Jiming Mountain Community, Jiangdong Street, Yiwu City, which is called “United Nations Community,” foreigners tried to make zongzi with great interest. Before the COVID-19 epidemic, more than 15,000 overseas merchants from more than 200 countries and regions lived in Yiwu. The average number of overseas personnel registered is more than 500,000 every year.  (Picture by Qian Xusheng)

This city is a brand-new starting point and a destination with warmth.

From here, go to the world;

Come here and realize your dreams.