Jinhua, known as Wuzhou in the past, located in the middle of Zhejiang Province, has a history of more than 2,200 years. The coordinates of Jinhua are 119°14’E-120°46’30’’E and 28°32’N-29°41’N. Jinhua now has its jurisdiction over two districts (Wucheng and Jindong), four county-level cities (Lanxi, Yiwu, Dongyang and Yongkang) and three counties (Pujiang, Wuyi and Pan'an). As the fourth biggest metropolitan area in Zhejiang Province, it covers an area of 10,942 square kilometers and has a total population of 5.4 million, with an urban population of 939,200 (by the end of 2012). 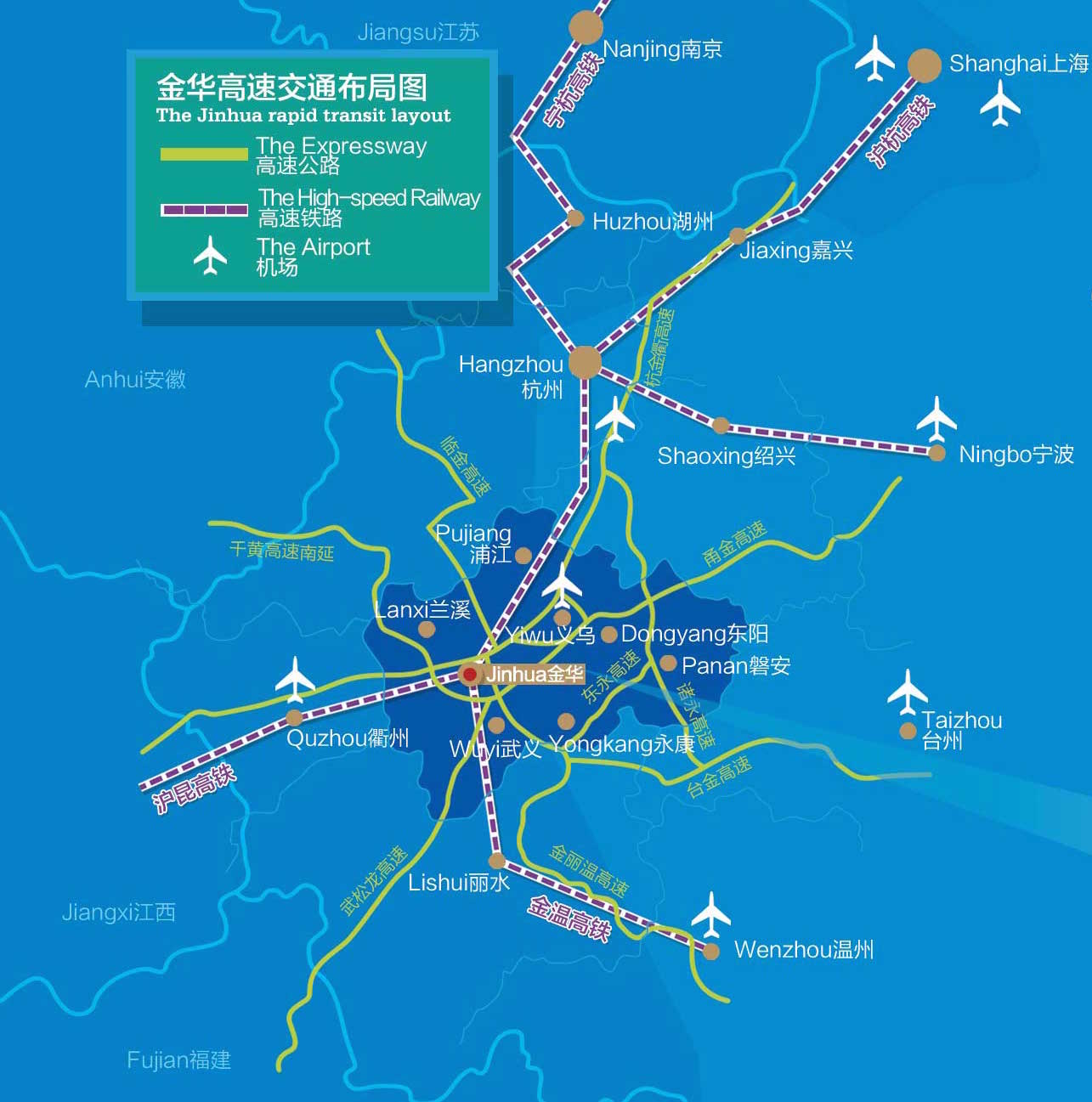 Jinhua is a major transportation hub in Eastern China, with eight expressways (Shanghai-Kunming Expressway, Ningbo-Jinhua Expressway, Changchun-Shenzhen Expressway, Taizhou-Jinhua Expressway, Zhuji-Yongjia Expressway, and so on) crossing Jinhua. The Bullet trains started to serve the rail line from Zhejiang to Jiangxi in 2006. The Shanghai-Kunming high-speed Railway (350km/h) and the new Jinhua-Wenzhou Railway (200km/h) started operation at the end of 2014. The Ningbo-Jinhua Railway, Jinhua-Taizhou Railway and Jinhua-Huangshan Railway have been listed in the latest railway construction plan of Zhejiang Province. Jinhua-Taizhou Railway will start to be built in 2015. Yiwu International Airport is the second county-level medium-sized airport in China and the biggest airport in Midwest Zhejiang Province, which is 50km from downtown Jinhua and 10km from downtown Yiwu. In addition, there are six international airports and two domestic airports around Jinhua.

We are now facing profound changes of economic and social structure. These changes are bringing more intensified competition as well as opportunities of transforming and upgrading. The information economy is enjoying a rapid growth. Internet giants such as Alibaba, Tecent, Baidu and Sina have established bases in Jinhua. Four of the Top 100 China Internet companies are in Jinhua, among which 5173.com was assessed as a nationwide Key Software Enterprise.