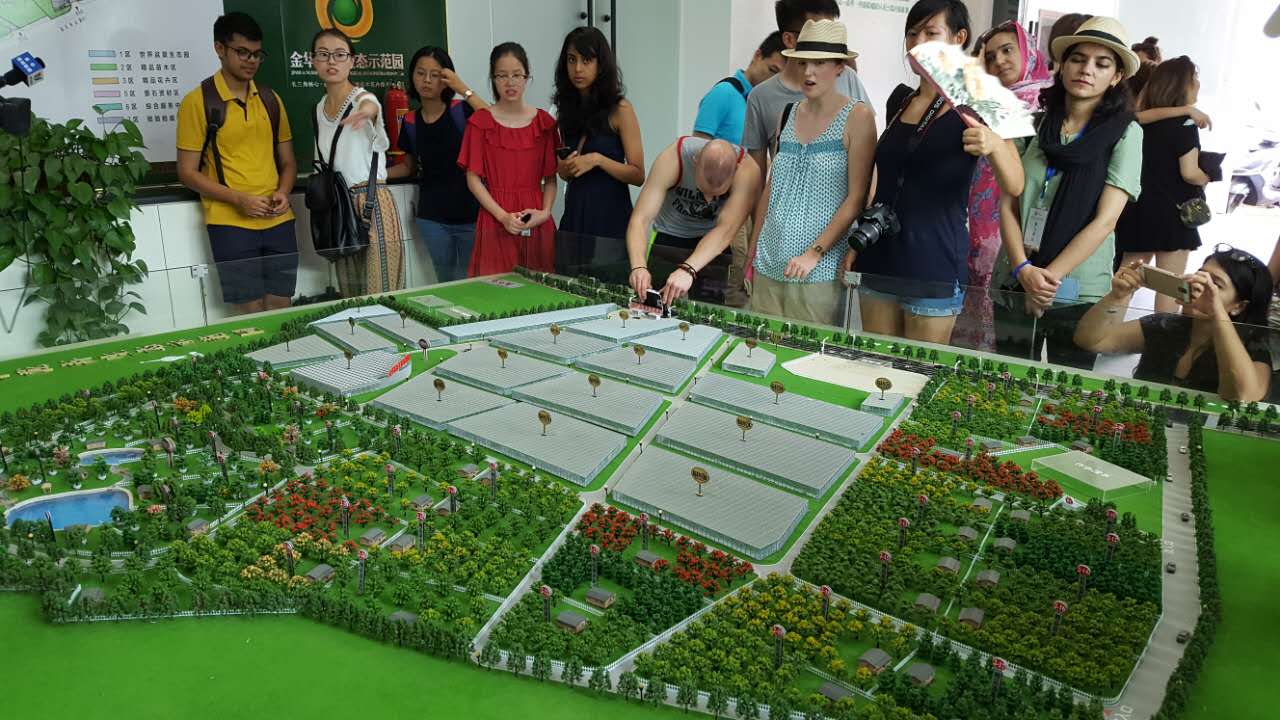 When it comes to the nursery industry, Jindong District will always come to mind. With a nursery planting area that covers one–third of cultivated land in Jindong District, Lipu Nursery Market has plenty to offer. Upon visiting, you will be able to understand and learn the significance of the agricultural industry in China. Also, they placed a great emphasis on their focus and effort on becoming an international distribution and transferring hub in China. With that outlook, it provided a great place to visit for sighting exquisite bonsai and local produce. Alongside, there are many friendly aunties (阿姨) and uncles (叔叔) that may give you free cucumbers – a win for sure! 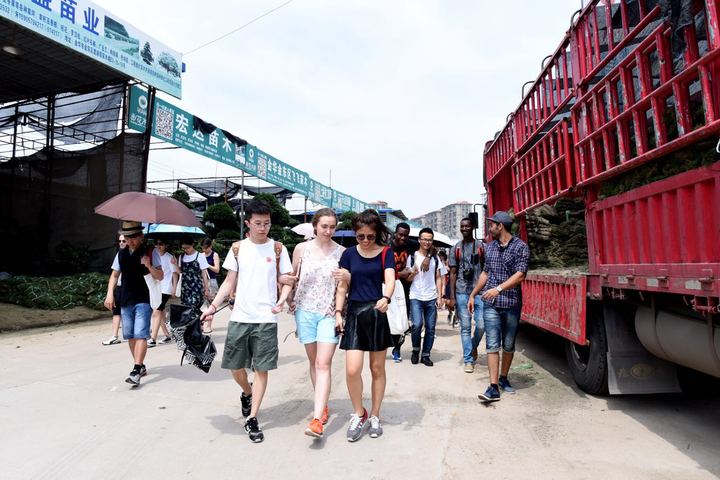 Dragons hold special significance in Chinese culture. They are believed to bring good luck as representations of power, dignity and wisdom. Thus Chinese people love to perform a dance called ‘Dragon Dance’ during Chinese New Year. Tourists from all around the globe come to China to see this special dance. Special arrangements were made by the residents of Suoyuan village so the participants of the fifth session of Jinhua Homestay Plus can experience their version of the dance.

The huge dragon was made from wooden planks with poles placed at equal intervals to act both as joints and as handles to hold the dragon. Over 50 paper lanterns decorated with flowers lined the body, as Chinese believe that longer the dragon, more good luck it is suppose to bring to the people. The dragon is lead by a man twirling a fabric umbrella who leads the beast around the village.

Holding the dragon and dancing with the village children in the Dragon Lantern Dance is an experience that will surely be etched in your minds.

My favourite activity by far was taking part in the dragon light parade. It was such a special experience, chasing the dragon lights through the village with the villagers and their families, and not something I’ve experienced before in China. The sight of the orange lights dancing through the black of the night will stay with me long after the homestay has finished.
– Tess, Britain

It was a really magical night. There was something mesmerising about how the lanterns moved through the night. It was also so delightful to see the villagers all getting involved, the children included. I loved the way the beams creaked, and how the whole group ran excitedly out of the way as the dragon buckled in and out of its concentric circles.
– Reade, Australia

Dragon light dance was pretty amazing , so energetic and fun. It was great to see that the people of Suoyuan unites on such events, it was a great experience as it involves the tourists, the community, even the children of the village to partake in this dragon light dance. I actually enjoyed it as we were also pretending to be part of this dancing dragon. I loved it. The lights and everything were just spectacular!
– Ntando, South Africa 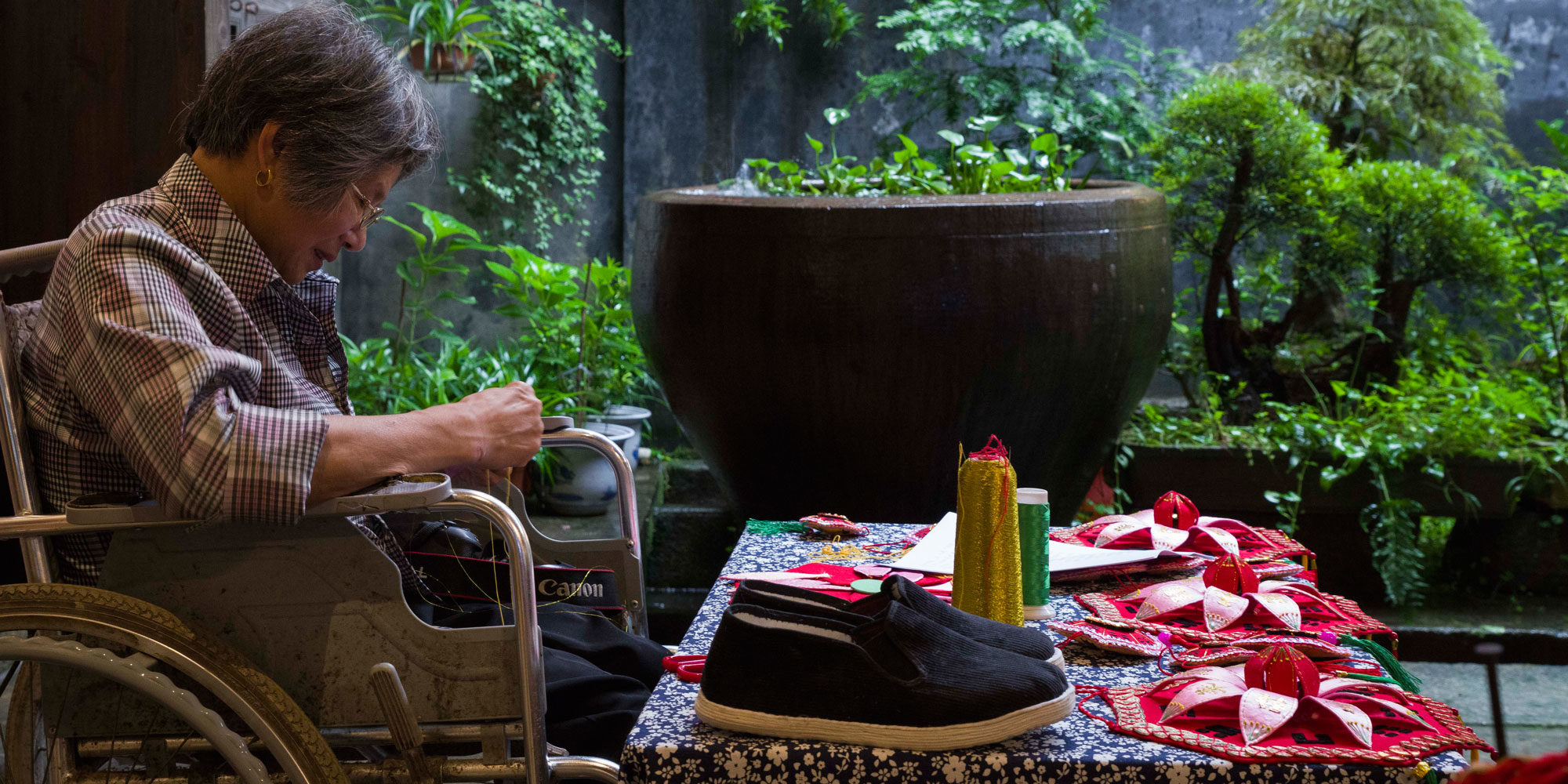 The best way to know a culture is by experiencing their folk traditions. For a country as large as China it can take a whole lifetime to know and experience their culture, but through excellent arrangements and planning this program provides with everything a person would want to know about China and its folklore. This program arranges a variety of folklore activities like tea making, paper cutting, shoe weaving, flower arrangement, grinding tofu, calligraphy, Wu opera and much more.

If you are a fan of tea drinking China is heaven for you, the masters will give you detailed information about the types of tea and also show you the Chinese etiquette one must observe in making of the tea.

The flower arrangement activity may look very simple but once you sit to make it you will understand about how imagination and observance of small details can produce beautiful results.

You will be grinding tofu using the traditional way which requires some muscular strength but it’s still fun to know how the delicious tofu you eat at your host family’s home is prepared. All these activities are conducted in its most traditional form and by the masters themselves. If you want to know the authentic Chinese culture this place is for you. 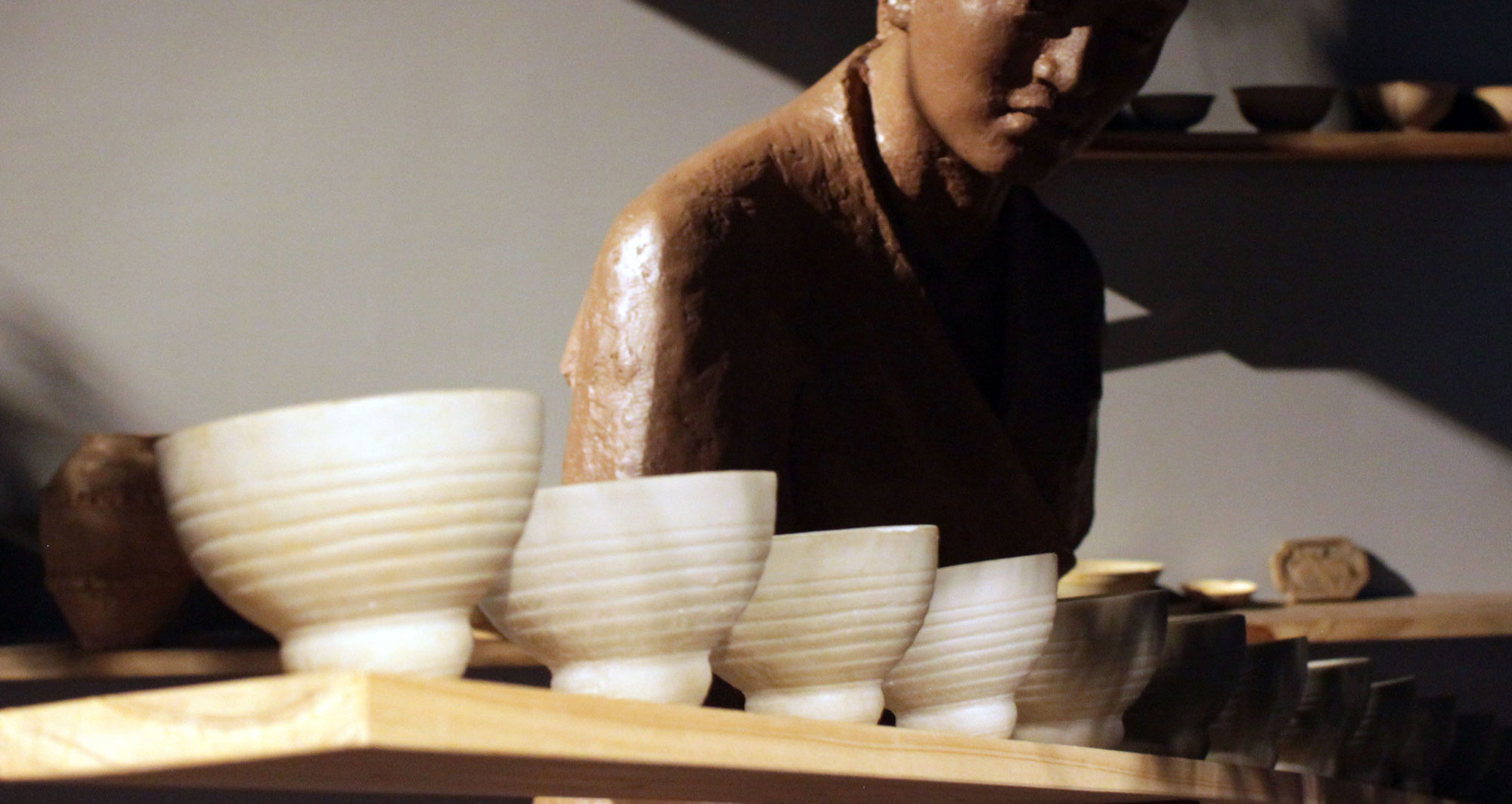 Among all the other various exciting activities, this session also included within its schedule the art of Pottery. Yes! You might heard of it but have you ever tried it? If not this session is the platform for you.

Participants attended the largest and most famous pottery workshop at Guwuyaohou where everyone was given an opportunity to display their talent. The entire activity was divided into two parts where you experienced pottery making either using a pottery wheel or with just your hands and a rolling pin..

Furthermore, the participants were shown beautiful pottery such as vintage Chinese tea sets, pottery holders, and carved mugs. A guide was available for anyone who wanted to discover the history behind the art of pottery. It may not sound fancy but I guarantee that once you are there creating your masterpiece you wouldn‘t want to leave that place. No matter if a person is an artist or not, they will be absorbed in the making of their own pottery. They may even want pottery to be their new hobby.

Every day when I walk in different parts of the small market and in the street in China always I found different of home decoration items such as glitter of flowers, animal toys and other home decorations made by pottery factory being sold. So those items were attractive due to its designing especially when it comes to a manufacturer.

Over the past one and a half years, I have lived in China as a student, I’ve been seeing these equipment sold but I have never been lucky to see how they were made. Always, I was thinking that these items made up by using advanced technology at the big industry in Beijing and Shanghai but is vice versa.

For the first time, I have seen how they are produced after participating in the Jinhua Homestay Project program in the Suoyuan Historical Village located 17 km east of Jinhua city in Zhejiang province in China.

Through this project me and my fellow participant got a chance to visit the pottery factory named GUWUYAOHUO to learn how these equipment they made, also we get a chance to make our own self. It was really a good chance to me because I have learn something new in my life that I never expected to get chance.
-Nassor, Tanzania

In the Jinhua Homestay Program schedule, you can find martial arts written at 7:00 am nearly every morning. This may sound early to some, but for others (including myself) this was a great way to start the morning. It got people up, active, and perspiring. However in a strange way it was very peaceful and relaxing. Our instructor was an experienced master that patiently showed us the moves day after day. At first, it was very difficult, but by the end, it was clicking us. We even had the opportunity to show our skills during the final ceremony.

Chinese Martial Arts is the oldest in the world having existed prior to the 12th century. It include hundreds of different styles which makes it one of the most versatile martial arts. Specifically, we learned Wujing Boxing from our master. Wujing Boxing, which is about 200 years old, is a combination of inside and outside boxing. Every gesture and  motion is strong, vicious, flexible, yet its focus on defense. However turning moves into offensive gestures can be done easily.

Our master, Mr. Wang Shenjiang, has 57 years experience in Wujing Boxing. He was also a school teacher for many years. His passion and respect for the art combined with his teaching and Wujing boxing experience really helped us improve our skills throughout our time here. I felt honored to be a student under him.

What I love most about Wujing Boxing is the feeling you get after waking up early and doing such a workout. Wujing Boxing is not a full-blown exercise, and yet one can still feel that he or she worked out. The joints feel warm and healthy, waking up early and getting the blood flowing! Another thing I love about Wujing Boxing is that there are so many varying styles. Some styles mimic the elegant ebb and flow of water, while others have the strong, fierce qualities of the Earth. Wujing Boxing often stresses that the breathing and other motions are in sync, further stressing the connection between mind and body.
– David, United States of America

I was 15 when I argued to learn a kind of martial art but never got a chance to do so. Who knew 6 years after I will be learning the Chinese martial art from a master themselves in China. It was surreal when I first entered the hall and met our master who though being 73 years old was way fitter than any of the students. The entire experience of learning the authentic martial art from the very creators with students from various countries is something I wish every individual has a chance to experience.
– Shivani, India 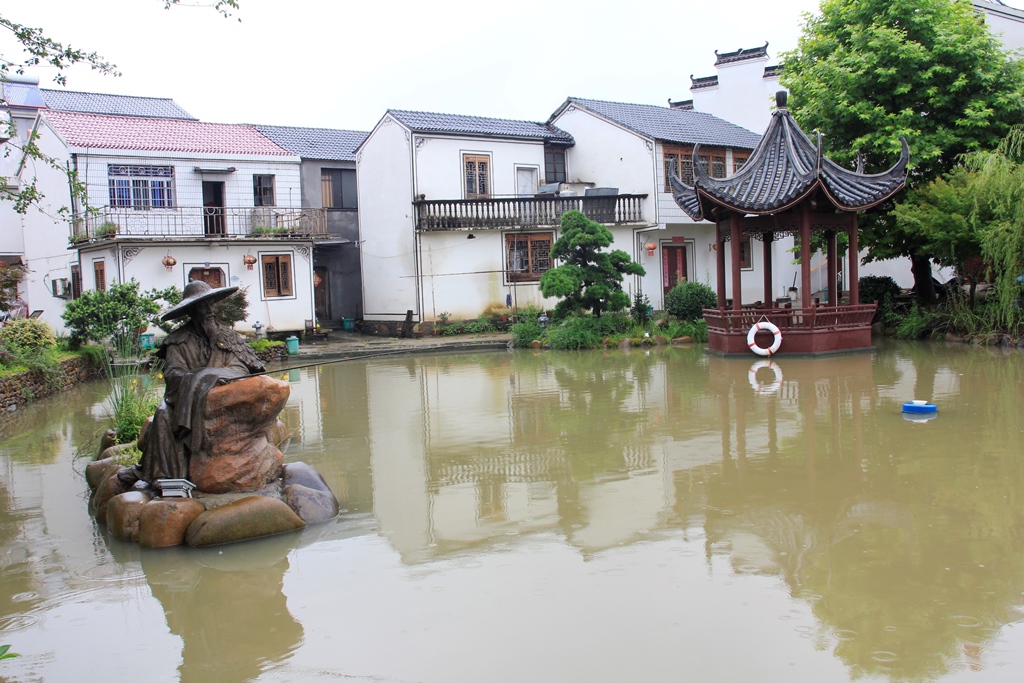 What happens when you are away from your family in a foreign land working on a project? You miss your home, friends and family, and food the most. But when you are a part of Jinhua Homestay program you don’t miss anything because you get a new home, a new uncle ( shūshu) and auntie (āyí) and a chance of a lifetime to try new delicious Chinese cuisines.

As the name suggests, in the Jinhua Homestay program every participant gets a chance to live with a Chinese family in their home, eat with them, and immerse yourself in their way of life, and make lifetime memories together as you would share with your own family. This program is also an incredible platform to meet people from all around the globe and work together and understand not only Chinese culture and history, but also you get a golden opportunity to know different countries and their culture and how programs like these contribute on a global level in promoting peace, harmony and friendship. All this is set in the charming village of Suoyuan, a place where the historical buildings, serene ponds, and smiling villagers will make you feel as if you’re transported back to simpler times.

In the fifth session of the Jinhua Homestay Program, 36 participants from all around the globe lived for 3 weeks together in Suoyuan village.