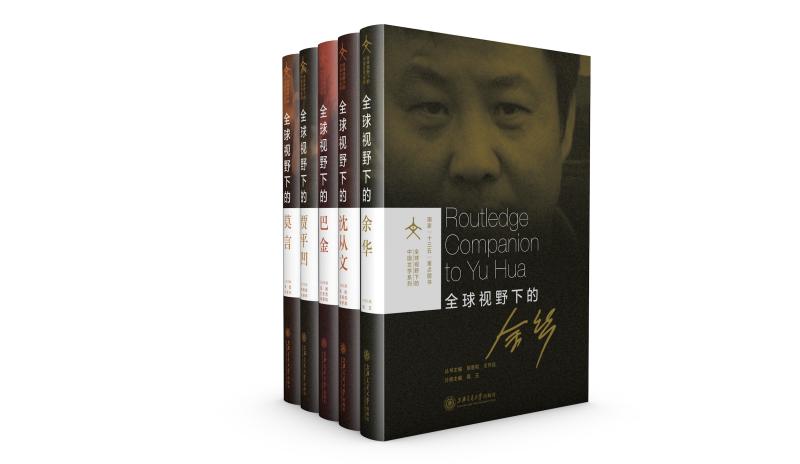 On the occasion of the 26th session of the Shanghai Observer's Reading Conference and the release of a new book in the series Reading Companion to Chinese Literature (全球视野下的中国文学 Quanqiu Shiyexia de Zhongguo Wenxue), published by Shanghai Jiao Tong University Press, invitees and participants gathered to discuss relevant questions. Among the invitees were Yu Hua; Chen Sihe, chief editor of the book series and director of the library at Fudan University; Wang Shengyuan, chief editor of the book series and professor of the College of Foreign Languages and Literature at Fudan University; Gao Yu, editor of the volume Reading Companion to Yu Hua (全球视野下的余华 Quanqiu Shiyexia de Yu Hua) and professor at Zhejiang Normal University; and Li Fang, director of Shanghai Jiao Tong University Press.

Host: In the first half of the last century, Chinese literature was unevenly translated and published in other languages and countries and was outbalanced by the introduction of foreign literature in Chinese translation. Translated Western literature had a great influence on Chinese people who were “looking at the outside world for a perspective of openness,” while few modern Chinese literary works were translated and introduced to foreign countries. Only after the 1980s, following the rapid development of China's economy, did Chinese literature begin to have international influence, and major works of prominent Chinese writers gradually entered the global book market. Within this process, the Chinese publishing market has been playing a fundamental role.

Chen: With the increasing influence of Chinese literature and of its writers, reception and research have become a momentous topic in Chinese academic circles. At the same time, for international scholars, an internal view and understanding of the Chinese literary situation provides an indispensable perspective to their outsider point of view. It is on this basis that the series Reading Companion to Chinese Literature has been designed.

Li: The first collection of the series consists of five volumes, each one dedicated to a writer—Shen Congwen, Ba Jin, Mo Yan, Yu Hua, and Jia Pingwa. This series was jointly designed and published by our partner agency in the UK, Routledge.

Wang: This series is not only an “introductory guide,” but is also a reading designed for an audience of a certain literary and academic competence. Each book consists of three parts: a short biography of the writer, a survey of the writer-related research performed both in China and abroad, and a selection of classic research papers.

Host: In your opinion, what kind of relationship exists between writer and researcher?

Wang: In fact, there is a symbiotic relationship between literary critics and writers. But Chinese writers don't write reviews, and literary critics don't write novels; thus, there is a lack of dialogue and interchange between the two. I believe that there should be a harmonious relationship between critics and writers, not a separation as if one was water and the other oil.

Host: From this perspective, today we have both Yu Hua and his researcher Prof. Gao Yu on stage. This is a very rare thing. How did it happen?

Gao: Some say that I am the authority on Yu Hua studies, but I can only say that I am his fan. I first read Yu Hua's To Live. After that, I read his essays and other works, and my research then began.

Yu Hua: It was 2007, when vice president Wu Fengmin and professors Wang Jialiang and Gao Yu came from Zhejiang Normal University, saying that the Yu Hua Research Center was to be established. That started our interconnection.

Host: A question for Yu Hua: when you see so many people both at home and abroad studying your work[s], what kind of feeling do you have?

Yu Hua: I believe that writers must have a correct attitude in facing both praise and criticism, and this change of mindset actually requires adjustment. At times, those critical observers read your works with higher earnestness than the flatterers. Therefore, writers should accept both, whether it is praise or criticism.

Host: Today's theme—“The World and Me, Me and the World”—is high-sounding and is a crucial topic that can't be avoided by contemporary Chinese literature.

Chen: It's a valid theme. Each of us, including literature itself, is a part of the world, so it is the idea behind the book series, providing and working for a global perspective.

For instance, in his work Reading Companion to Yu Hua, Prof. Gao explains a point in detail: Yu Hua's works were shared and discussed around the world, proving that he is not only a writer for Chinese people but also a writer for the world.

After the 1980s, international sinologists approached Chinese literary studies, but their interests and translations were merely academic, without paying much attention to the impact on the publishing market. Today, things are different. In major bookstores abroad, Yu Hua's books are easily sold out.

This kind of transformation occurred because there is an increasing number of Chinese expats living abroad and because translated Chinese literature has been gradually entering into the preferences of international readers. Just like it's quite common to read a translation of Tolstoy, I hope that one day, readers from all over the world will read the works of Chinese writers such as Yu Hua and Mo Yan.

Gao: Apart from rightly basing Chinese literature on an exclusively Chinese vision, I think that the development on Chinese literary studies should have an international and global vision. That is to say, we should consider Chinese writers as characters in the history of world literature.

Wang: It has been complicated for Chinese literature to be exported, because when China started to open up to the world from a relatively closed situation, it overemphasized the differences between itself and the rest of the world. We deliberately showed the world what we wanted to show. Between China and the world, there wasn't understanding but a lot of mutual misunderstanding instead.

In my opinion, a global vision is the best “interface” for a literary dialogue between China and the world. (By Lei Ceyuan – Jfdaily.com.cn, translated by Marco Lovisetto, edited Kendra Fiddler)