Located at the foot of Jiguan Crag in the Baima Town, 30 kilometers to the northeast of downtown Pujiang, Songxi Village enjoys a history of more than 1,000 years. In the Tang and Song Dynasty, villagers surnamed Ji and Xia lived together in the village. The ancestors of villagers now moved to the village in the Song Dynasty, and nowadays, villagers with 18 surnames including Xu, Shao, Liu, Wang, Chu, Pan, and Ma settle down in the village. The village owns more than a thousand households with a population of more than 3,000.

Songxi Village gets its name from the Songxi creek running down from the high Jiguan Crag. Two creeks named Qianxi and Houxi (Ming Stream and Hidden Stream) run across the village and join together at the entrance of the village, and then flow into the Puyang River. People build bridges across the Houxi creek and build houses on the bridge, forming the unique scenery in the village.

Songxi Village is surrounded by mountains and is quite isolated with the chaos. It has beautiful scenery such as the steep Jiguan and Shishi Crag, peculiar Qinglong and Baihu Cliff, and peaceful Dongwu and Xiyuan Valley.

The ancient architectures exist in Songxi Village are mostly built in the Qing Dynasty (1644-1912). There are 1,560 ancient buildings in the village, covering an area of 54,600 square meters, among which 43 buildings including the ancestral hall of the Xu family and ancestral hall of the Shao family are particularly well conserved. The whole village is built according to the change of terrain. Therefore, there are various appearances of house, wall and doorway, making the scenery more vivid. The carving, painting and sculpture in the ancestral hall, theatrical stage and audience hall are charming, and the old houses of some rich family are exquisite and elegant with unique structure and decorations. The old village is perfectly preserved after hundreds of years, and comes into being a large-scaled block of ancient buildings. 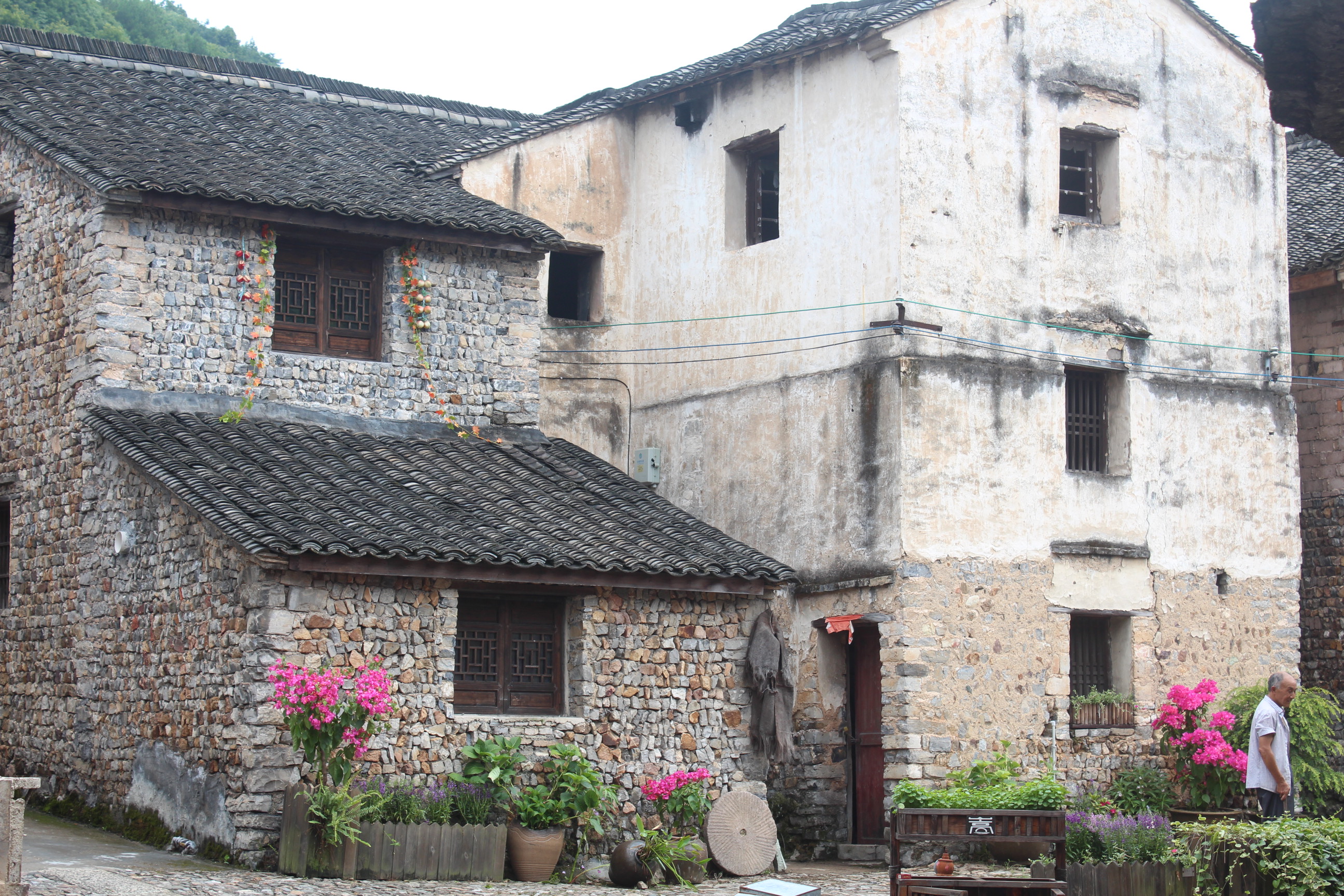 Songxi Village enjoys profound history and culture with many famous scholars. In the Qing Dynasty (1644-1912), there were more than 70 Xiucai (one who passed the imperial examination at the county level) in the village. And since the Republic of China (1912-1949), there are many experts, scholars, teachers, professors, painters, and calligraphers in the village. The “Songxi Poetry Society (Songxi Shishe)” founded in the early Qing Dynasty had been flourishing for hundreds of years. Villagers then built “Songxi Yinshe” in the Republic of China and “Songxi Study Society (Songxi Xueshe)” after the reform and opening-up, well inheriting the culture and traditions generation by generation.

The mountains in Songxi Village which cover an area of 10 square kilometers are rich in limestone resource. Beside studying and doing farm work, villagers are engaged into firing and selling lime. The history of firing lime is more than a thousand years. Lime fired in Songxi Village was famous for its good quality in and outside Pujiang County. Famers in Pujiang and nearby cities used lime to fertilize the farmland. Therefore, in summer and autumn, lots of traders came to Songxi to buy lime, and people called it the “summer lime market.” Because of the beautiful landscape, profound culture and rich life, traders from other places called Songxi Village the “Little Hangzhou.”

Apply to the 7th session of JH in Songxi Village.