Dongyang is located in the central part of Zhejiang Province. With two freeways (Jinhua-Ningbo and Zhuji-Yongjia Freeway) joining in the city, it is the transportation hub of the central Zhejiang. Dongyang covers an area of 1,747 square kilometers, with 6 residential districts, 11 towns, and 1 village. It has a population of 830,000 people. 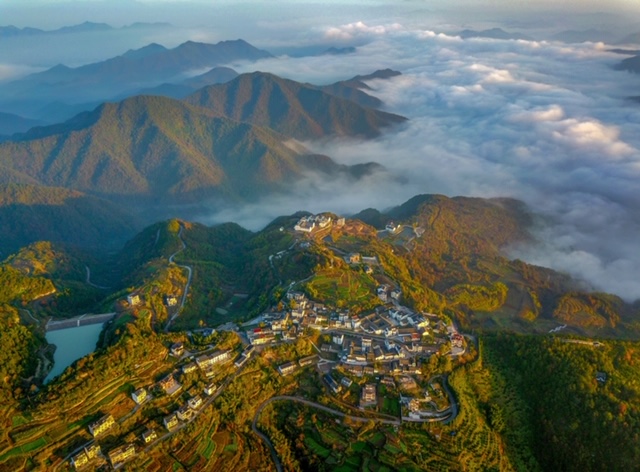 Dongyang has a long history of over 1,800 years. In A.D. 195 (the second year of the Xingping Reign Period of Han Dynasty), in Dongyang there was established county system. In 1988, Dongyang was upgraded to town level. As a provincial-level historical and cultural city, Dongyang has been entitled “Home of Education,” “Home of Architecture,” “Home of Woodcarving and Bamboo Weaving,” and “City Noted for Culture, Film and TV,” which is also well-known as “Three Homes and One City.”

Since ancient times, Dongyang has been highly valuing education. In its history, there were 305 people awarded with ‘jinshi’ title (equivalent to the current professor degree). In 1989, Dongyang was awarded by the People's Daily as "Hundreds of Doctors from one city, one thousand professors in the same hometown." By the end of 2017, there were more than 9,000 senior professionals, more than 1,100 doctors and post-doctorals, and 12 Dongyang-born academicians. 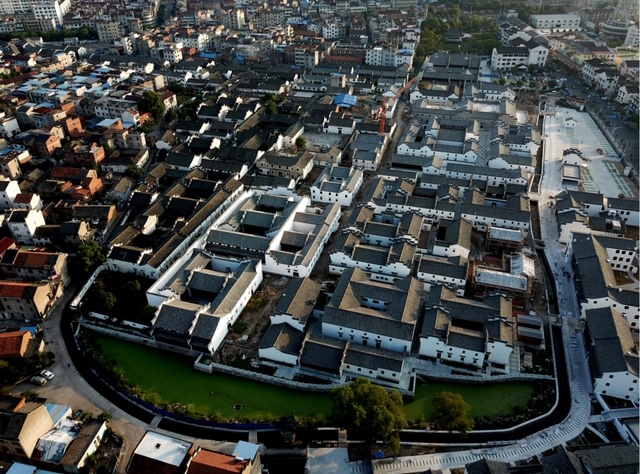 The large-scale bamboo-woven screen named “Nine Dragons Wall” won the golden prize of the fourth session of the China Arts and Crafts Competition. It is now a permanent collection as an invaluable work of Chinese arts and crafts. The combination of wood-carving, bamboo-weaving and rosewood furniture is promoting the city's development. They are becoming main industries of Dongyang. Dongyang was named as "The City of World Woodcarving" in 2014. There are 3 masters of arts and crafts in Asia Pacific, 9 national arts and crafts masters, and 36 provincial arts and crafts masters.     Dongyang is well-known as “City Noted for Culture, Film and TV.” Hengdian World Studios is the world's largest film and television shooting base. As much as billions of investment has been used to build 28 large shooting sites and 15 indoor studios, including the Palace of Emperor Qin and Riverside Scene at Qingming (or Pure Brightness Festival). Two new shooting places, called the Spring Garden of Wanhua Garden (The New Yuan Ming Palace) and Summer Garden (The New Chang Chun Palace), have been opened successfully. Having received more than 1,600 shooting groups and shooting more than 43,000 sets of films and TV plays, Hengdian town of Dongyang city has been awarded as “China's Hollywood.” In 2004, the State Administration of Radio and Film approved to set up the country's first national experimental area: Zhejiang Hengdian Film and Television Experimental Area. In 2012, Zhejiang People's Government approved to set up Hengdian Movie and TV Cultural Industry Experimental Area. There are one 5A level national tourism scenic spot and five 4A level scenic spots in Dongyang city. In 2018 Dongyang has received over 25.65 million tourists from home and abroad, producing 23.08 billion RMB of tourism income.