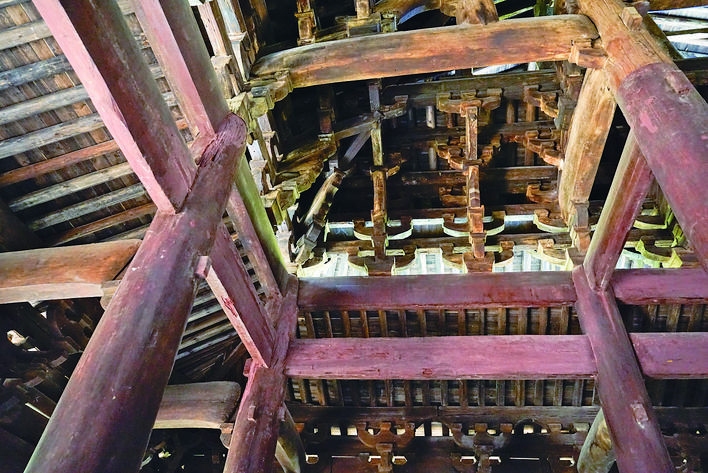 The main hall is five rooms wide. It is beautiful in appearance, and tight and solid in structure. It retains the artistic style and structural characteristics of dougong (wooden brackets) in the Yuan Dynasty. The hall has an East Asian hip-and-gable roof, with no nail or tenon between the beams and columns. They are all connected and supported by the wooden brackets. The structure is firm and solid, and extends the cornice forward, making it like a flying swallow spreading its wings in the air.

The main hall of Yanfu Temple is famous at home and abroad. A couple in China, Liang Sicheng and Lin Huiyin, discovered it in 1934. “This dougong has a special shape and is different from the traditional ones. It is a rare building,” wrote Liang, an architect, in his book A History of Chinese Architecture. He also wrote many articles to introduce the structural characteristics of the Yanfu Temple. (By Xu Jun, translated by Jin Haiqiong, edited by Kendra Fiddler)